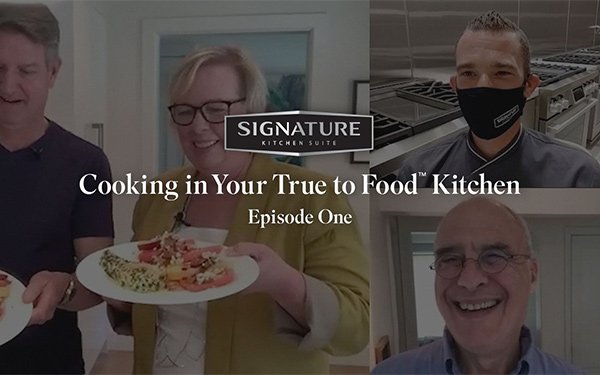 With the rapid uptick in at-home cooking that followed country-wide shelter-in-place orders in light of COVID-19, both KitchenAid and challenger brand Signature Kitchen Suite (SKS) are introducing branded content to sell their respective products.

KitchenAid’s “A Woman’s Place” documentary is designed to provide a provocative and honest look at the biases and barriers women face in the culinary industry through the stories of three inspiring chefs who are pushing for change. The 30-minute film was created in partnership with Digitas, Vox Creative, and director Rayka Zehtabchi.

When Digitas unearthed the insight that over 50% of culinary graduates are women, but less than 7% are executive chefs, “we knew that this was a story that we were compelled to tell on behalf of” KitchenAid, explains Mark Book, head of content, Digitas NA.

The film will stream on-demand exclusively on Hulu and debuted on the platform’s home page Aug. 24, as part of Hulu’s Women’s Equality Collection.

In addition, a partnership with the James Beard Foundation (JBF) complements the launch of the film through a custom mentorship program developed to advance women in culinary arts.

Separately, SKS is promoting its line of luxury appliances from the LG family through a five-part web series starring New York Times writer and cookbook author Mark Bittman, and mask-wearing SKS Executive Chef, Nick Ritchie, as they walk design influencers through a recipe from Bittman's "How to Cook Everything" via Zoom.

The “Cooking In Your True To Food Kitchen,” developed with Innocean, acts as an in-person/Zoom hybrid that is designed to bring a level of intimacy to the content.

In one of the episodes, interior designer Linda Engler learns how to make Tomato Watermelon Salad, among other summery staples alongside her husband. Engler and the other featured designers already had SKS product in their homes, so it was easy to showcase these appliances, adds an agency representative.

The series runs across SKS’s social media channels aimed at what the brand calls “Technicureans,” a new generation of cooks that typically combine their passion for food with an appreciation of innovation.