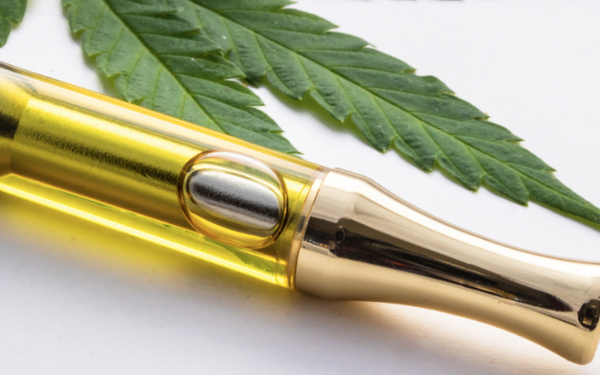 Last year at this time, a wave of mysterious lung ailments thought to be caused by either cannabis and/or nicotine vaping products dominated national headlines.

Very early on, former Food and Drug Administration Commissioner Dr. Scott Gottlieb seemed to know where to look: “I think this is probably going to be associated with illegal products. It’s not like the major manufacturers have suddenly changed their ingredients,” he told The New York Times.

Nonetheless, many states responded to EVALI by banning the sale of both e-cigarettes and legal cannabis vaping products. This made it difficult for adults who had gladly left cigarettes behind, plus those who had legal access to vapable cannabis for a variety of mental and physical ailments.

In February of this year, the Centers for Disease Control and Prevention opined that vitamin E acetate—a common substance in illegal cannabis vapes—was the primary cause of EVALI.

This week, more evidence implicating the black market emerged in the form of a study by the Yale School of Public Health showing that the incidence of EVALI has been far lower in states where recreational cannabis use is legal.

States with the highest number of EVALI cases—Delaware, Indiana, Minnesota, North Dakota and Utah—have not legalized recreational use. At the lowest end of the incidence scale are legal cannabis pioneers Alaska, California, Colorado, Oregon and Washington.

According to Colorado-based research provider BDSA, sales of cannabis vapes dropped sharply in Arizona, California, Colorado, Nevada and Oregon after the first EVALI-related death last August. In November, sales dipped to $119 million, from $160 million in August.

Then came COVID-19, which had a negative impact on vape sales—in particular, in states with lots of tourism (think Nevada). But in a report this week, BDSA concluded that “vape products seem on track to reach and surpass their late-summer 2019 peak in the near future.”

On the cannabidiol front, the Food And Drug Administration continues to move toward establishing a regulatory framework for the legal use of CBD in food and beverages.

In the meantime, it’s still illegal to add CBD to ingestibles and market them for “therapeutic or medical uses.”

Among the more egregious CBD health claims the FDA has targeted involve a California company cited last month for marketing a supplement it claimed can “treat, prevent or reduce the risk of COVID-19.”

Similarly, this month the FDA issued a warning letter to a Nevada company advertising CBD products that are “intended to mitigate, prevent, treat, diagnose, or cure COVID-19.”

Meanwhile, the FDA has expanded its testing of products containing CBD to detect ingredient mislabeling and contamination. It recently posted a notice that it is seeking a contractor that can support its own efforts in “collecting samples and assessing the quantities of CBD and related cannabinoids.”

In its own latest test results, the FDA determined that of 31 products tested for CBD, just 21 specified the amount of CBD in them. Of those 21, seven contained CBD within 20% of the amount indicated.

“Of the 10 products that did not indicate the amount of CBD included in the product, six contained CBD and four did not,” the FDA said in its report to Congress.

“Products should be marketed appropriately. Both for the sake of the consumers who rely on some of these products to alleviate medical ails, and for the industry as a whole, these discrepancies need to be minimized.”