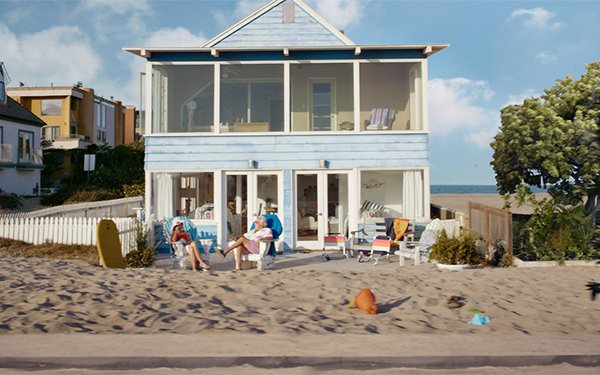 Zillow’s new advertising campaign, created by creative firm FIG, challenges the real estate market to get people to explore where they live, especially during their working years. The pandemic has prompted people to move from the cities.

More than 246,000 people filed a change of address request since March in the Tri-city New York area, nearly a 100% increase compared to the same time period in 2019.

The Ready for a Change campaign seeks to inspire those who are dreaming of a move by showing them a world of possibilities. It potentially apprehensive movers the assurance Zillow can help them find a home that can meet their varying needs during uncertain times.

The national TV spot anchors the campaign, taking the viewer on a journey down the “Impossible Street,” with a row of homes from different geographical regions. Each represents a diverse lifestyles and architectural styles.

The TV spot, ideated and executed by the FIG team and shot remotely by Siri Bunford, will run on broadcast channels such as E!, FX, TBS, HGTV, among others.

A series of online videos that showcase product features and functions will complement the spots. These video assets make up the majority of the media plan, nearly three-quarters, of the many millions spent across TV, streaming TV, and online video. The remaining campaign assets span digital display, search engine marketing, and social media channels.

Proving performance relies on the key performance indicators (KPI), such as “first choice” brand preference, hundreds of thousands of marketing attributed visits, and total app installs in the second half of 2020.

FIG Executive Director of Client Services Kristen King points to the Zillow 2020 Urban-Suburban Market Report published August 12, 2020. Inside, it hints at what people search for on Zillow’s site.

Urban and rural page views on its website each climbed 0.2 percentage points from last year. Overall traffic to for-sale listings has surged recently, rising 42% year over year in June.

FIG’s campaign reflects these changes. The agency released the first Zillow campaign when everyone initially sheltered in place. It reflected how that moment has made everyone appreciate the real value of home. This is the second campaign FIG created for Zillow.

“During the pandemic, we’ve seen a huge spike in traffic to the Zillow site,” King said. “A lot of people who appreciate the value of home realize they may want something different. So this campaign speaks to all of the people who are thinking about making a change, to let them know that we’re here to help them find a place they love.”