Report: AT&T's Xandr On The Block? 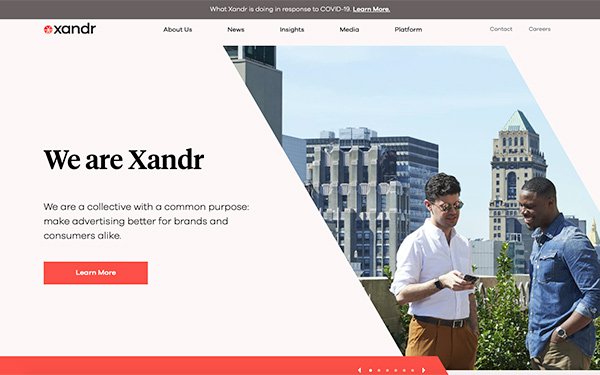 AT&T is exploring the idea of a sale of Xandr, its advanced advertising business, according to a report -- just days after another story surfaced that AT&T is looking to sell its DirecTV pay TV satellite platform.

The report came from The Wall Street Journal. An AT&T representative declined to comment to Media Daily News.

The situation with Xandr comes on the heels of a restructuring of AT&T's overall advertising business -- one that supports its WarnerMedia advertising-supported TV networks such as TNT, CNN, and TBS, among others, as well as its digital platforms.

In May, AT&T’s WarnerMedia launched its advertising-free subscription service HBO Max. At the same time, executives considered the idea of an advertising-supported option for HBO Max, although no timetable has been disclosed.

In addition to offering advanced advertising efforts for the WarnerMedia ad-supported TV networks, Xandr was also building out a business as a supply-side platform, adding third-party inventory to be bought by advertisers under its Xandr's Community media marketplace.

“Xandr will be a tough sell outside of AT&T,” Mike Woosley, chief operating officer of Lotame, told Media Daily News.

“Without continued access to AT&T's data, or the WarnerMedia trove, Xandr becomes just another digital advertising agency without command of any proprietary technology.”

Woosley also was concerned that Xandr may have lost its way after Brian Lesser, its chief executive, abruptly departed in March after three years at the company.

AT&T closed a deal to acquire AppNexus for $1.6 billion in August 2018. It rebranded the business as Xandr -- riffing off the name of AT&T's founder, Alexander Graham Bell.