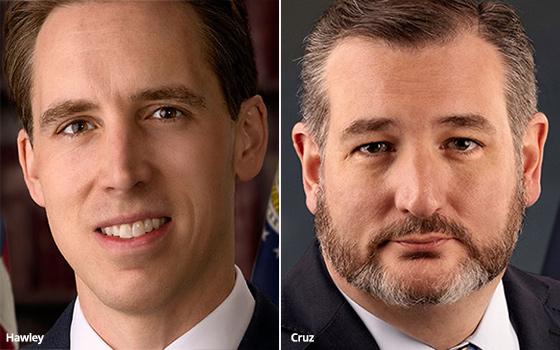 Hawley and Cruz have both publicly accused Silicon Valley companies of suppressing right-wing views. Many conservatives, including Trump, have accused tech platforms of discriminating against right-wing opinions, despite a lack of empirical evidence.

“By controlling the content we see, these companies are powerful enough to -- at the very least -- sway elections,” the lawmakers wrote to the agency. “Companies that are this big and that have the potential to threaten democracy this much should not be allowed to curate content entirely without any transparency.”

In July, the Missouri lawmaker introduced a bill that would require web publishers to avoid personalized advertising in order to maintain their protections from lawsuits based on users' content.

“Big Tech’s manipulative advertising regime comes with a massive hidden price tag for consumers while providing almost no return to anyone but themselves,” he stated at the time.

He also proposed last year that web companies should lose their protections from lawsuits, unless they treat content “neutrally.”

“As I told the President, Missourians elected me to fight for them in the Senate, and I have no interest in the high court. I look forward to confirming constitutional conservatives,” he tweeted.