The features are intended to curb some of the challenges such as millions of concurrent viewers and unknown commercials, along with ad request spikes that can make delivering a great viewing experience for live events challenging.

Trying to keep up with the high demand of viewership spikes can lead to choppy ads, repetitive ads, or house or slate placeholder ads -- all resulting in a poor viewer experience.

Google calls the feature DAI Prefetch. It allows partners to "prefetch" a portion of their next ad break, and when the ad break begins, Ad Manager serves the first ad that was prefetched and in parallel fetches the next ad based on specific data.

For example, during a game, an ad can be served during a related event like a goal or a touchdown.

DAI Prefetch distributes ad requests and accommodates longer ad times, which Google says helps to solve for surges in traffic during live events. This enables partners to deliver a high-quality ad experience to millions of concurrent viewers while meeting and even exceeding fill rates and revenue. It also aims to increase the ability for the broader ads ecosystem to handle the scale of large live events.

While making it easier to insert ads in live sporting events might seem innovative, the more interesting news points to how Google will allow companies to use the data.

Along with DAI Prefetch, Google launched an Early Break Notification API in Ad Manager’s DAI, making it easier to use real-time ad break data to monetize live events. This API lets partners send ad break data to Ad Manager, such as program information from SCTE-35 or custom parameters, in advance of an ad break to deliver relevant ads and adhere to brand safety requirements.

Data may include program ID, break number, or custom parameters such as whether the ad break is at half-time or the end of a game. This enables partners to deliver food delivery ad, sponsorship ad, or an ad based on who won the game. 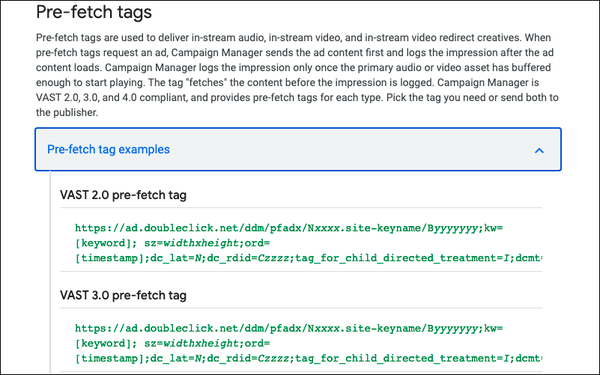