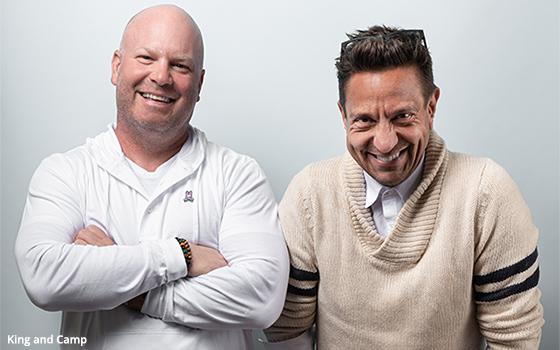 Co-founder Jaime King will remain CEO and co-founder Roger Camp CCO, leading a team of 60 across offices in Chicago and San Francisco. The agency plans to expand its Chicago offering and adapt the Havas Village model in San Francisco, eventually bringing creative and media capabilities under one roof and one P&L.

King was President of EURO RSCG Chicago (now Havas Chicago) until 2010 and a year later King and Camp then launched their agency,  with a minority investment from Havas.

The two leaders used Havas’ resources to develop its first campaign for Old Navy. Since then, Camp + King has grown significantly with over 50% of its revenue coming from its digital and social work. Its roster of clients includes Energizer, RE/MAX, Papa John’s, Jackson Hewitt and prAna, among others.

The agency also has grown to include an in-house content lab with capabilities in animation and digital design, as well as video production and editorial.

“We turn 10 in 2021 and on the eve of that milestone, Roger and I sat down with Havas to discuss our next phase of growth,” explains King. “Their interest in fueling independent creativity and including us as an asset to expand, differentiate and power their portfolio is what excited us. We are looking forward to the evolution of our partnership and doing even greater things together.”

This deal serves as part of Havas’ global strategic ambition to build a creative network that delivers content through what it calls modern platforms. “At Havas, we believe competitive advantage is multiplied by gaining an unfair share of talent,” states Stephanie Nerlich, Executive Managing Partner, North America. “That’s exactly what we get from Camp + King, which brings the agility of a boutique shop with the output of a big agency. And with leaders like Jamie and Roger, we’re continuing to build out our constellation of stars.”