Halloween Shaping Up As Mixed Bag For Brands, Consumers 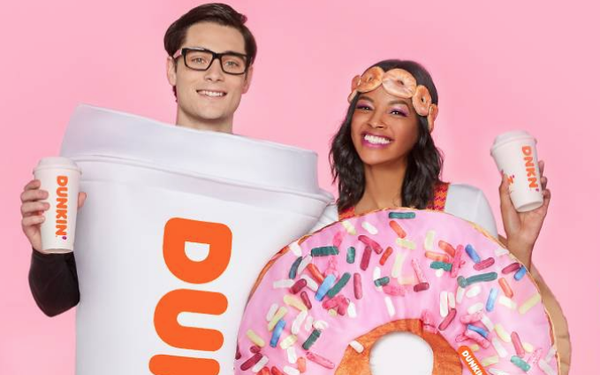 You know Halloween is a cherished holiday when public officials refuse to ban trick-or-treating—as in the case of New York State—or announce a ban in Los Angeles County and then quickly rescind it.

Meanwhile, some confectionary brands have either changed their Halloween marketing or seem to be just hoping for the best.

Earlier this month, Los Angeles officials banned trick-or-treating and Halloween parties because of coronavirus fears—only to backtrack one day later. Nonetheless, public health officials there said such activities are “not advised.”

Social content company Fullscreen surveyed 500 adults ages 18-37 last month about their attitudes toward holidays during the pandemic. Among the respondents, 30% agreed they “will not be planning for Halloween this year.”

On a brighter note, 49% of last year’s respondents said they had not given out candy, just a bit less than the 51% who said they don’t intend to do so this year.

Hostess has typically had a limited-time-offering program tied to the trick-or-treating aspect of the holiday. This year, the strategy has shifted to bringing Halloween home, president and CEO Andrew P. Callahan said during a presentation at the recent Barclays Global Consumer Staples Conference, as reported by Baking Business.

“We’re accelerating where we’ve already been strong, and retailers responded to that right away,” Callahan said.

Halloween is the largest season for The Hershey Co., representing about 10% of the company’s total sales.

“We expect that there will be more at-home activities, with families sharing timeless traditions and new ways for people to celebrate with neighbors,” chairman, president and CEO Michele Buck said on a July 23 conference call with financial analysts.

She noted that nearly 50% of Halloween candy spend is on “treat for me” and “candy bowl” occasions, which start early in the season. Trick or treating represents the other 50% of the season, with sales concentrated in the last two weeks of October.

“While research indicates trick-or-treating participation will likely be below prior year levels due to COVID-19 concerns, the expectation of this holiday tradition has been consistently improving over the past several weeks,” she noted.

“We also think that consumers will find creative and safe ways to trick-or-treat,” Buck added. “It is an outdoor event, and it's an event where a lot of masks are already worn. There is no evidence of the virus being passed through packaging or food.”

According to The Wall Street Journal, Hershey participated in the creation of a color-coded map by the Harvard Global Health Institute that details COVID-19 risk level by county to help people figure out how they can safely celebrate Halloween.

The “Make it Safe” site offers suggestions ranging from trick-or-treating with masks in areas that are low-risk, to Halloween candy hunts at home in areas that are high-risk. The tips are in line with the Centers for Disease Control and Prevention’s social-distancing guidelines.

Ferrero’s Butterfinger recently unveiled the latest iteration of its “no one lays a finger on your Butterfinger” theme, timed for the walkup to Halloween and beyond in commercials running on TV networks, digital and social channels.

While a 30-second Butterfinger spot doesn’t specifically mention Halloween, a nearly five-minute commercial starts by referring to a woman “whose children have had their Butterfingers stolen by her six Halloweens in a row.”

A contest accompanying the campaign plays to the pre- and post-Halloween candy purchase time frame. Starting Sept. 14 and ending Nov. 6, adults can “turn themselves in” on a dedicated website for “pilfering their kids’ Butterfingers” in the hope of winning $25,000. Sharing the confession on Facebook and Twitter provides additional chances to win.

Asked for his prognosis for the upcoming trick-or-treat season, Mark Wakefield, senior vice president of marketing, Nutella and chocolate snacks at Ferrero, tells Marketing Daily, “It’s a very dynamic situation. I think parents are going to want to give their kids that joy and delight of the season… where kids enjoy it and parents love seeing their kids dress up.”

Recent retail data from Nielsen show softness in sales of certain confectionary products versus a year ago for the 10-week periods ended Sept. 7, 2019 and Sept. 5, 2020.

On the QSR side, Dunkin’ is teaming up with Spirit Halloween—the largest Halloween specialty retailer in the country—to launch the first-ever licensed Dunkin’ coffee cup and donut costumes. They are available exclusively on the Spirit Halloween website for $39.99 each.