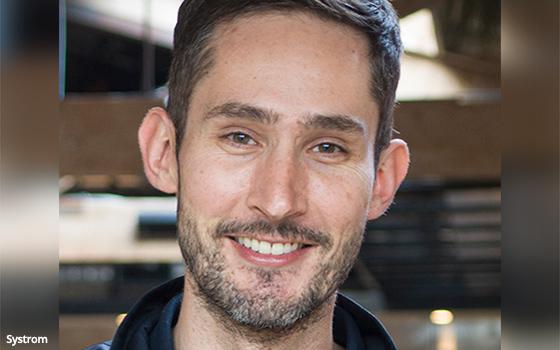 TikTok Global could go through an initial public offering in the United States within a year under a plan awaiting approval by President Trump. The plan still sees Oracle and Walmart as major investors in the video sharing app, according to reports.

That might not be enough to stop the U.S. government from shutting down the app this weekend, so in the meantime TikTok also reportedly approached former Instagram Co-founder Kevin Systrom to take on the role of the global company’s CEO.

Systrom spent years at Walt Disney overseeing merger and acquisitions and worked on the launch of its streaming service, Disney+.

As Oracle, which announced sending a proposal to the U.S. government earlier this week, waits for regulatory approval to become a “technology partner” on Friday the Commerce Department announced a ban on the mobile app.

The ban prohibits U.S. app store downloads and mobile app use of TikTok and WeChat, noting that the threats posed by each are not identical, but similar, because of the large amount of data each collects.

Can Oracle succeed in getting closer to consumers?

Oracle entered the advertising business years ago, but strengthened its backbone with the acquisition of BlueKai in February 2014. “They have good ad-tech capabilities, platforms that support the infrastructure, but they don't buy and sell media or have consumer-facing applications,” said Gartner VP Analyst Mike McGuire. “They provided the tools for marketers.”

As Oracle gets closer to consumers, it will become interesting to see what they do as an owner of a platform that supplies the content, McGuire said. Advertisers will want to see some neutrality.

While the popularity of short-form videos continues to grow, the challenge for Oracle becomes staffing resources with the skillsets required for a consumer-facing platform, as well as convincing advertisers Oracle can keep enough distance between their tech platforms and the consumer app and services, McGuire said.

For starters, Oracle offers a high-performance I/O platform to speed up its database. The company also has invested heavily in acquiring talent to support the cloud, and it designed the infrastructure to avoid over-subscription to drive performance. All these, according to Gartner, will support services like TikTok that rely on the cloud.

“Some of the other entities that have come on as partners such as Walmart makes it more interesting,” McGuire said. “But when there’s a major ownership change, the challenge also becomes preserving the existing models and growing the business.”

No one in the U.S. were really talking about TikTok five years ago. New things can emerge quickly, but if they don’t continue to honor the audience it becomes a much bigger problem.

With the change, can they preserve what made the app so attractive? “Forget about the algorithms,” he said. “Retaining the experience for users could become a substantial challenge.”