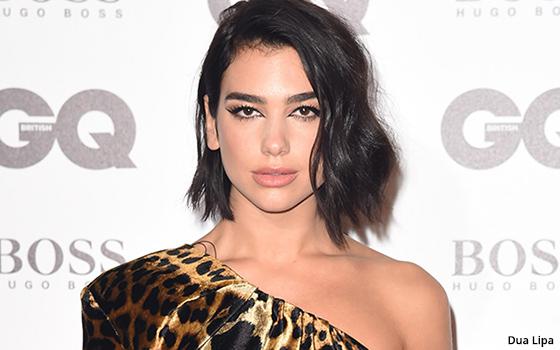 Warner Records wanted to make a statement around the Grammy Awards, so the company teamed up with Billboard to run the magazine’s first-ever flexi-disc advertisement for global superstar Dua Lipa.

The embedded flexi-disc, which is something like a vinyl record, published on Saturday in the GRAMMY Contenders issue of the magazine.

“We sat down collectively to come up with campaign that highlights someone who managed to drop a dance record in the middle of a pandemic, a club record in the absence of clubs, and everyone loved it,” said Mark Flaherty, executive vice president of marketing for Warner Records, who manages the team. “We know Dua made a record of the ages and we just wanted to do a few things to make it stand out. One was the flexi-disc.”

On the flexi-disc, the limited-edition pressing of 2019 Grammy Award Winning Best New Artist Dua Lipa’s song “Don’t Start Now,” which was entered in this year’s race for Song of the Year and Record of the Year, along with her album Future Nostalgia that was submitted for Album of the Year and Pop Vocal Album of the Year. Billboard subscribers and the 11,000 voting members of the Recording Academy will receive it.

Vinyl is making a comeback. It outsold CDs for the first time since the 1980s, according to the mid-year report from the Recording Industry Association of America. Vinyl revenue rose 4%, while revenue from CDs fell 48%.

Most artists ran from the pandemic. They didn’t want to put out music, Flaherty said.

“Dua came out and did some of the first TV performances via Zoom,” he said. “We were able to push out her music and use it in our advertising. A very vulnerable, honest, talented, excited and scared Dua, completely stripped down and braved it all to put out her music. … It made it very sticky.”

When asked how Warner Records will prove performance for the Grammy campaign, Flaherty said it will be by getting the well-deserved nomination and award.

Why not use digital downloads instead? RIAA found that music streaming — including revenue from paid services like Amazon, Apple Music, and Spotify — grew 12% to $4.8 billion in the first half of 2020.

“It was the cool factor," said Joe Maimone, VP at Billboard. “Warner wanted to make a statement.”

So the music label had Billboard run the flexi-disc upside-down in a back-cover gatefold.

Maimone said the disc will act as a reference in the Billboard Contenders Guide in hopes that Billboard subscribers will like her sound and Grammy members will vote for her music.