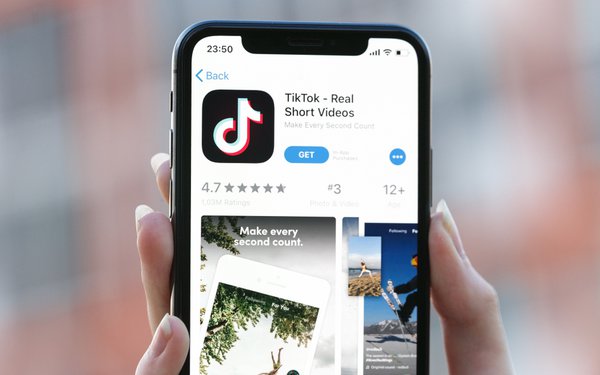 TikTok is asking a federal judge to block the Trump administration's attempt to ban new downloads of the social video app.

“If the prohibitions are not enjoined, the harm to plaintiffs will be irreparable,” TikTok writes in papers filed Wednesday with U.S. District Court Judge Carl Nichols in Washington, D.C.

On Thursday, Nichols ordered the Trump administration to either delay the ban or file a written response by 2:30 p.m. Friday.

The company's filing comes in response to a Commerce Department order prohibiting app platforms from offering downloads of TikTok, owned by the Chinese company ByteDance.

The Commerce Department issued its directive in response to an executive order issued in August by President Trump, who said TikTok posed a security risk and mandated a ban on all U.S. transactions with the company as of September 20. That deadline was later extended until September 27.

Oracle and Walmart have agreed to purchase stakes in TikTok, but the exact structure of the tentative deal remains unclear.

TikTok argues in its new papers that the attempted ban is unlawful for several reasons, including that it's “arbitrary” and “capricious.”

“The Commerce Department ignored the evidence before it and failed to consider reasonable alternatives to the prohibitions that would have addressed its purported national security concerns,” the company writes.

TikTok adds that a ban on new downloads and updates, including security updates, “will contribute to a data privacy risk instead of ameliorating it.”

The company also argues that allowing the administration to move forward with a ban would violate the First Amendment.

“Hundreds of millions of Americans who have not yet downloaded TikTok will be shut out of this large and diverse online community,” the company writes.

“The prohibitions also will have a profoundly negative impact on the public interest, unlawfully restricting core protected speech by millions of Americans in violation of their First Amendment rights at one of the most critical times -- during the run-up to a national election,” TikTok adds.

The company notes that a judge in San Francisco recently blocked the administration from enforcing a similar ban on the messaging app WeChat.

In that case, U.S. Magistrate Judge Laurel Beeler in San Francisco said the government had not shown how banning WeChat would address national security concerns, especially given that there were “obvious alternatives” to a ban.