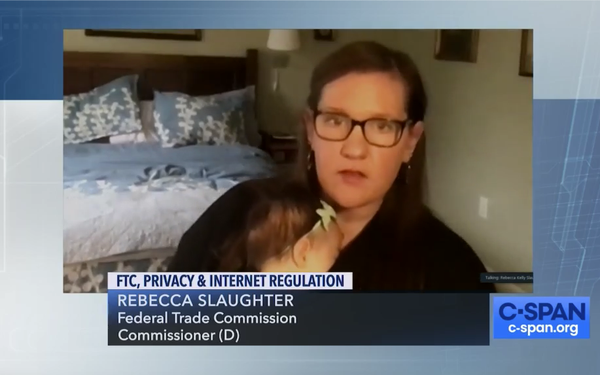 The ad-tech industry could soon find itself under scrutiny by the government, Federal Trade Commissioner Rebecca Slaughter suggested this week.

“I think there's an enormously opaque black box into which our data goes that is turned around and used to target content towards us -- whether it's political, or commercial,” Slaughter said in an interview for C-SPAN's “The Communicators” series.

Slaughter added that at least three commissioners, including herself, think it would be “a great idea” to use the agency's subpoena power to investigate targeted advertising.

Slaughter also said she supports using the agency's subpoena power (known as its “6b” authority, because it stems from Section 6b of the FTC Act) to investigate the ad tech industry before the FTC completes its review of children's privacy regulations.

“Using our 6b authority, particularly with respect to the ad tech domain, and how ad tech affects children, is also something that we should be doing, and probably would be valuable for us to have before any rulemaking is finalized,” she said.

That 20-year-old law broadly prohibits online companies from knowingly collecting personal information -- including web-browsing data used for targeted advertising -- from children under 13, without their parents' consent.

In May, a bipartisan group of senators urged the agency to use its subpoena power to investigate how media and tech companies collect and process data about children.

At the time, the lawmakers said the FTC “should take extreme caution not to weaken” children's privacy protections.