On Anonymity, Friends --- And How Real People Matter 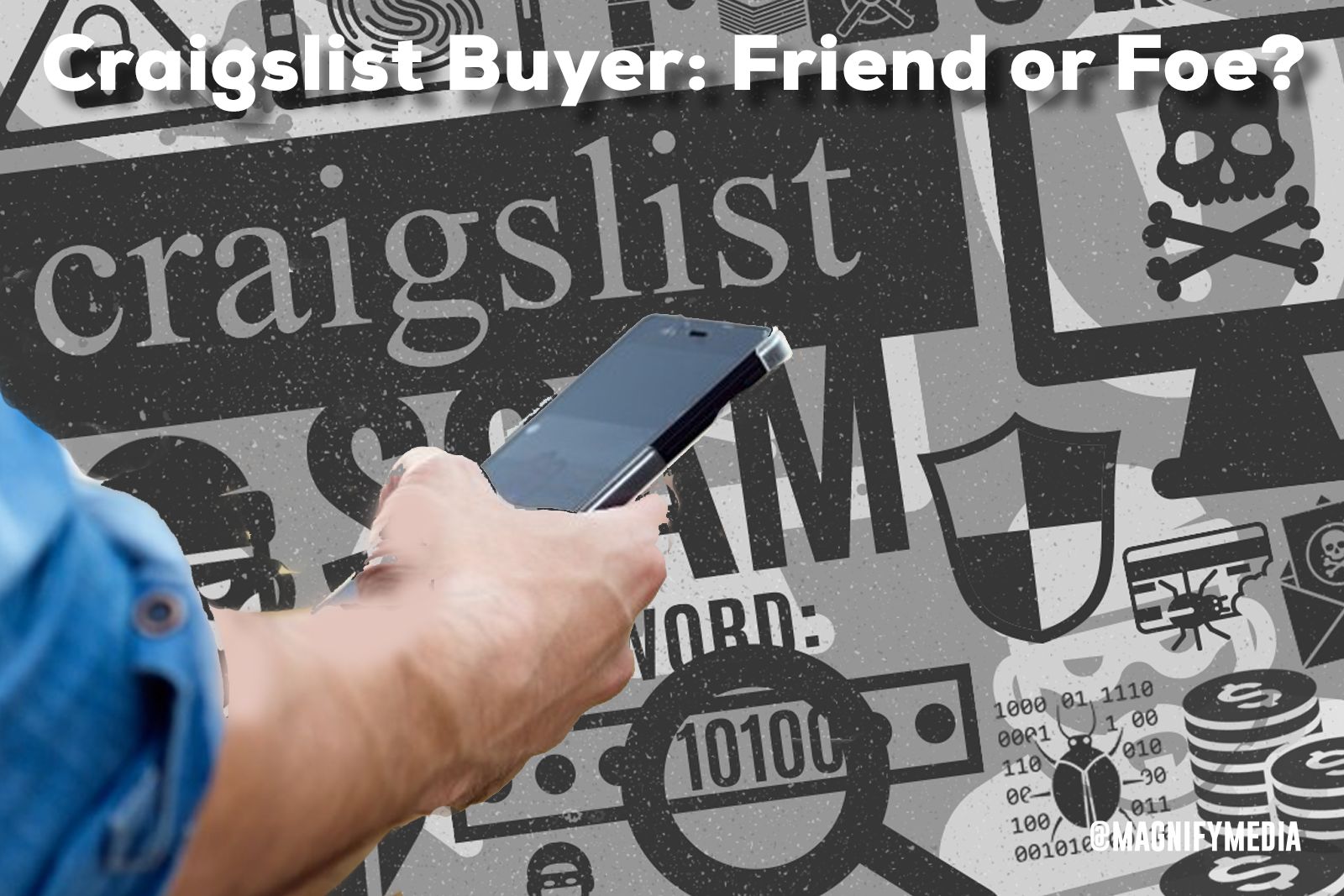 I love selling stuff on Craigslist. It takes a bit of a system, and you have to get through a layer of weird bots and fraudsters sometimes, but if you work it right, the results are magical.

But this week, something changed. For the worse, and then, strangely — for the better.

Let me explain. My wife got a new iPhone, so as is my policy, I posted her old one for sale on Craigslist. I never use my real email address, and I never sign the listing with a name or address.

With a good device and a fair price, the emails flood in. Questions about it, and lots of scams. Can I ship it to their son in the army? No. Can I get paid by PayPal? No. I'm pretty experienced. I’ll make the exchange only in person, and then only for cash.

Hmm… it will be dark, he’s a stranger, I’m in public with a valuable device. Alarm bells go off. I say no. Then it gets weird. He asks me to come to the place where he works, at 9 p.m., and he says he’ll send me a picture of his ID card so I know it’s him. Weird, right? So, I’m not going to the East Village at 9 p.m. to meet a stranger, I say. The deal is off.

He goes nuts. He calls me names, says I’m a “p*ssy” and that I’m afraid to be out after dark. It’s vicious and angry, and over a used phone? It feels like the hate speech I’m getting on Facebook from Trump supporters.

For the first time, I wonder, is the uncivilized language and hate that has been generated by bots, sock puppets, and hate speech now becoming the new normal? Can it be that there’s no turning back? Why would a stranger go nuts and call me names trying to coordinate a Craigslist meetup?

I look up his restaurant — it’s a real place — and I think about calling the manager. But that would only escalate and increase the crazy. Instead, I forget about it and go to bed.

The next morning he emails me. Would I still sell him the phone? He could come to my neighborhood and pick it up. WTF? Has he forgotten he called me names the night before? Does he think that was just “joking” or “fooling around?” I check. It’s the same person, and he’s forgotten the email exchange we had the night before. New normal — that’s so terrifying. I stop responding to him.

But now the good news. Hours later, I get another ping from Craigslist. Someone asking if the phone is still for sale. I notice the name in the email. While I don’t sign my Craigslist emails, some people do.

I look at the name and then look again. It’s a friend of mine, someone I haven’t seen since COVID struck. She doesn’t know it’s me, of course. And for a moment I wonder if she’s been hacked by the hateful phone scammer.

Gingerly, I reach out: “Is this Sue, and are you looking for a phone?”

Great joy in both direction. Craigslist has connected me with a dear friend who needs a phone. She lost hers. It is fate. We meet later that day. The phone is exchanged, and we get to catch up for a few minutes — outside, and socially distanced.

So here we are, with strangers who curse at you and think nothing of it, and then friends who are longing to have real, in-person connections.

Is there a moral to the story? I think so. I think the definition of friends is in need of reinvention and new technology. I think the mistrust of how the web connects us is growing more real by the day. The growth of bots, fakes, and sock puppets leaves us with an underlying suspicion that we need real people to replace digital friends.

I think it comes down to identity, and how we regain our trust of real people in a world that often looks to entice you with fakes and fraudsters.

I’m glad I sold our phone to Sue. I’m sorry that Mr. Restaurant Man felt he could call me names because I wouldn’t meet a stranger across the city in the dark.