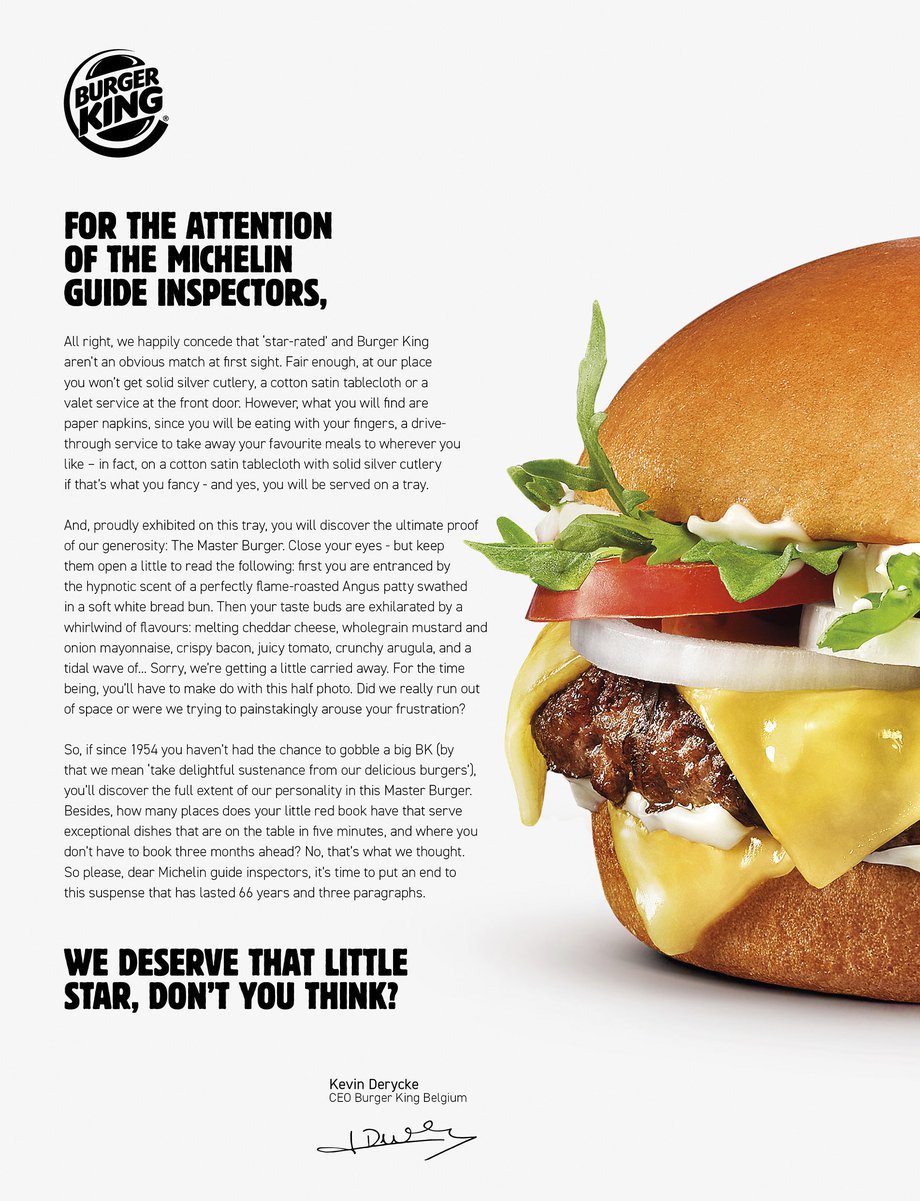 In a new social media and print advertising campaign, the CEO of Burger King Belgium is targeting an audience of one: the famed Michelin Guide.

The campaign, which features an open letter to the guide's inspectors, signed by BK Belgium CEO Kevin Derycke, features the image of a juicy new BK Master Burger, and goes on to make an appeal for one of Michelin's coveted "stars," a rating that connotes the world's best restaurants and meals.

"How many places does your little red book have that serve exceptional dishes that are on the table in five minutes, and where you don’t have to book three months ahead," Derycke writes, poking fun at the hoity-toity establishments that ordinarily get consideration.

And just in case the Michelin review team doesn't take notice, Burger King is accelerating the campaign with a petition published in social media, appealing to its followers, as well as journalists, to make its case:
"Come and taste the Master Burger and help us reach for the stars (but we’ll settle for one)."