Only The Best People Vs. Losers And Suckers 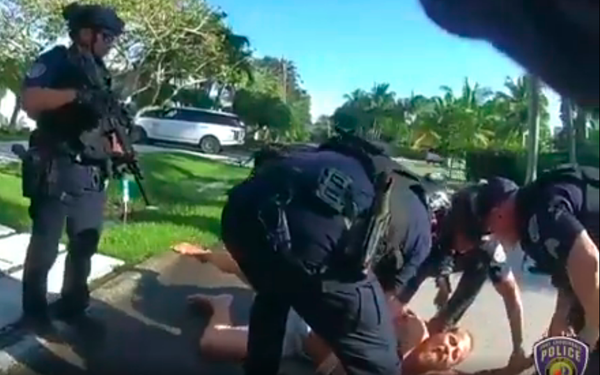 As far as campaign managers go, the President's defy his assertion that he hires "only the best people."

One of his first campaign managers, Paul Manafort, is now a convicted felon who a Senate Intelligence Committee report concluded shared presidential campaign data with a Russian intelligence officer.

His next campaign manager, Steve Bannon, has been arrested and charged with defrauding "build the wall" supporters of millions of dollars.

And now his last campaign manager, Brad Parscale, was tackled by a SWAT team on his front lawn after melting down over what the news media have described as a potential "self-harm" incident.

Optics aside, there seems to be a pattern here.

Whether those associations may or may not deter voters, The New York Times' bombshell report that the President has paid little or no taxes, is a terrible businessman who is hundreds of millions of dollars in debt to as yet-unknown creditors, including some foreign ones, should move the needle a bit more.

If not, yet another report from The Atlantic should cause some fallout among some in his most loyal base: religious conservatives.

Much like its coverage about the President thinking of military service members as "losers" and "suckers," the new Atlantic story exposes how he secretly mocked his Christian supporters, too.

How the President and his campaign team will spin this negative news cycle could well determine the outcome of the election with just weeks to go, but the revelations that the incumbent is a loathsome tax cheat, who has disdain for the military, his religious supporters and presumably, honest American taxpayers, might well require a distraction bigger than an ill-timed Supreme Court Justice hearing, especially if, as The New York Times has already reported, there are more stories to come.

The President began his term by wielding a sword against the media. It appears his presidency may also die by the very same one.

news, politics
1 comment about "Only The Best People Vs. Losers And Suckers".
Check to receive email when comments are posted.
Next story loading