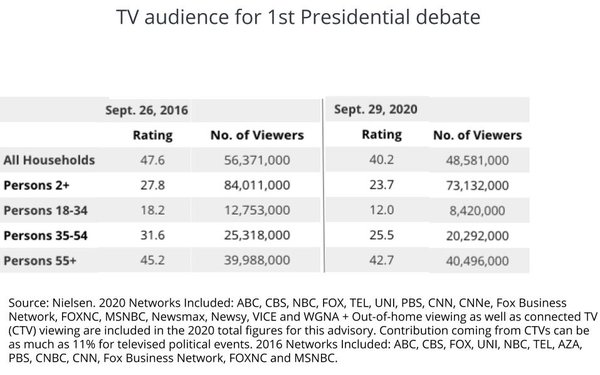 The decline comes despite the fact that more TV networks were included, as well as out-of-home and connected TV viewing, which were not factored into Nielsen's ratings in 2016.