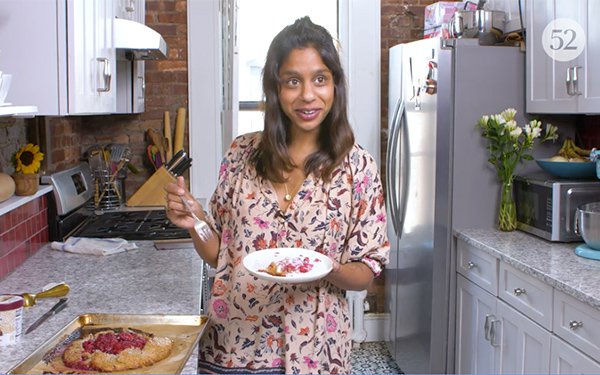 Cooking and home digital publisher Food52has launched an OTT channel and a podcast network, in an effort to expand the brand’s presence to more channels and invest in video and talent-focused content this year.

Food52’s shows from its YouTube channel — such as “Genius Recipes with Kristen Miglore,” “Big Little Recipes” and “Bake it Up a Notch” — can now be found on streaming platforms Roku, Apple TV, Amazon Fire and Android TV.

As of September, Food52’s YouTube channel had 228,000 subscribers, more than double from the end of last year.

In November 2018, Food52 launched its first OTT channel on Xumo. Revenue from Xumo has increased 341% since then, averaging 1.9 million views and 56,000 hours watched per month.

The inaugural show, “The Genius Recipes Tapes,” features the personal stories, tips and tricks and behind-the-scenes moments that did not make it on the weekly Food52 column from Kristen Miglore.

More audio shows will be announced in the coming weeks.

Food52 says it has seen an 82% growth in new brand partnerships this year. Video advertising growth year-over-year has grown 150% on Food52's platform to date.