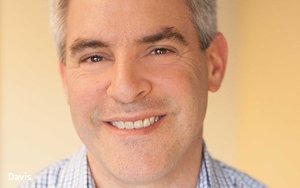 Davis previously served as executive vice president. In his new role, he will have direct oversight for generating the agency's revenues in four areas:

Since joining Harmelin in 1992 from an account executive at Ithaca, NY, radio station WVBR-FM, Davis has "worn many hats," according to the agency's announcement, including leading client services, the digital and broadcast departments, as well as the agency's marketing functions.