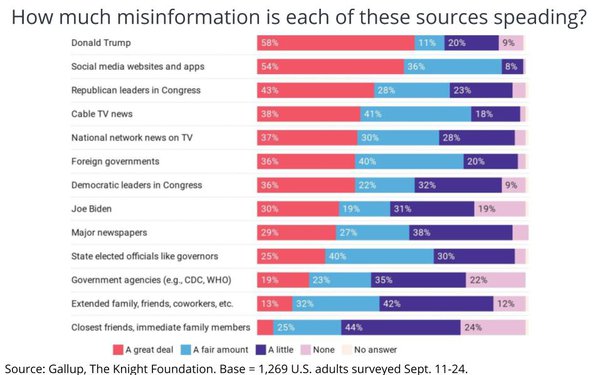 Four in five Americans are either very (48%) or somewhat (33%) concerned that misinformation on social media will sway the outcome of the 2020 presidential election, and the No. 1 source is the current President.

That's the finding of a national survey conducted  by Gallup and The Knight Foundation.

The study, which was released today, finds the President ranks ahead of the other top five sources spreading misinformation, which also include social media, Republican leaders in Congress, cable TV news and foreign governments.

The study notes there are partisan skews based on political affiliation, but that overall there was "near unanimity" that it is wrong for misinformation to help a candidate get elected, even if it's the respondents preferred choice.
Next story loading