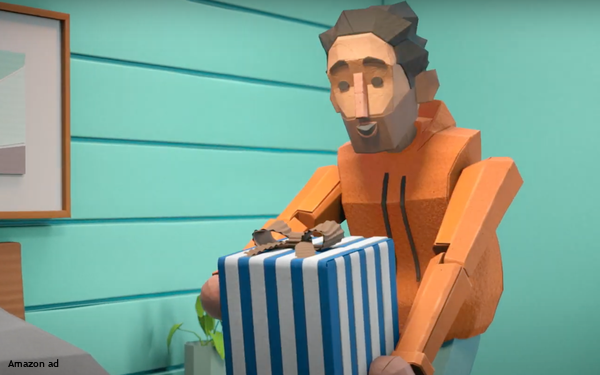 As retailers continue to climb aboard Amazon’s Oct. 13-14th Prime Day train, there are more indications that nothing about this holiday season will be predictable.

Who will celebrate what is in question, with some research indicating that while Christmas and Hanukkah are in, Halloween and New Year’s may be out.

How much consumers will spend is a bigger riddle. And perhaps the trickiest question of all is when they’ll spend it: Stores like Best Buy and ACE Hardware now say they’ll join Target and Walmart with holiday deals when Prime Day arrives.

Amazon just began releasing deal specifics, including a “spend $10 to get $10” offer at its Whole Foods Market stores, Alexa-enabled promotions and a push to support small businesses in its Support Small storefront.

ICSC, the International Council of Shopping Centers,  just released its forecast, predicting a 1.9% increase in spending from last year, for a total of $862.2 billion. It reports that 94% of those in its sample plan on shopping for the holiday, with spending reaching $655. And 73% of the sample, which included some 1,000 adults, say they will spend as much as, or more than, they did in 2019.

The group is also predicting a 25% increase in ecommerce, as well as a significant jump in click-and-collect orders as shoppers continue to avoid stores.

Respondents also say they intend to shop earlier, with 67% planning to start before Thanksgiving. And given the hype retailers are making about deals during Prime Day, that’s hardly surprising.

Electronics heavyweight Best Buy, for example, just announced it would kick off its Black Friday deals on Oct. 13. And Ace Hardware is moving its annual Rewards Day to Oct. 13, too.

Even the question of whether to celebrate seems to be on consumers’ minds. A new study from Reach3 Insights, a consumer research platform that uses chat-based technology, finds that 64% of consumers plan to celebrate Christmas this year. But people are planning to skip other celebrations as the pandemic continues.

The majority of respondents say they “definitely” plan to celebrate Thanksgiving, Hanukah and Christmas. But only 28% say they’ll definitely participate in Halloween, and just 40% are determined to celebrate the New Year.