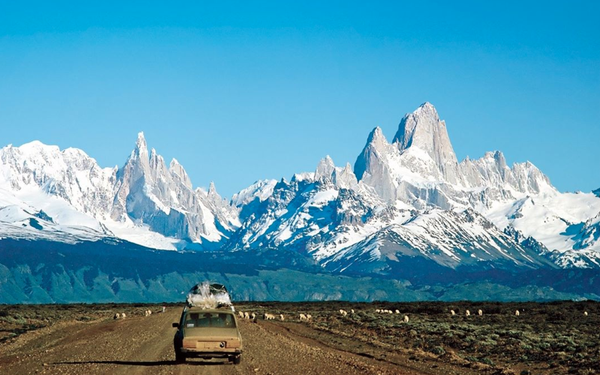 It's no secret that Patagonia is one of the most politically activist brands going. This is the company that sued President Donald J. Trump back in 2017 to protect public lands in Utah.

Marketing Daily caught up with Corley Kenna, director of global communications, who took a break from fighting voter suppression in Georgia to talk about the company's political agenda.

Marketing Daily: I live in Maine, with a fierce Senate election, and I was surprised to get a text from Patagonia endorsing Democratic candidate Sara Gideon. Can you explain how the company creates its political roadmap and makes decisions about where it wants to be involved? What drives the game plan?

Corley Kenna: Patagonia has engaged our community in elections and voting for a very long time. And starting in 2004, we started increasing marketing spend around voting for our planet. Each election year, we've done a little bit more.

In 2018, ahead of the midterms, we wanted to be more explicit about protecting the planet and electing more climate leaders. We zeroed in on Montana, endorsing Jon Tester, and Jacky Rosen, in Nevada. They were close races, and we felt our involvement might help make a difference. We endorsed them, and they won.

MD: And this year?

Kenna: When we looked at 2020, we again landed on Senate races. A lot of climate policy has just died in the Senate. If we want to advance legislation to protect our planet, we need more senators who prioritize it.

MD: Patagonia founder Yvon Chouinard is originally from Maine. Does that have anything to do with the endorsement?

Kenna: He often talks about growing up fishing in Maine rivers, and we've done a lot of work on dam removal in Maine. And Senator Susan Collins has not been a consistent voice. She voted for tax cuts for millionaires over protecting the Arctic National Wildlife Refuge.

MD: Many companies donate millions to special interest groups and candidates, but do so behind the scenes. Is Patagonia the only brand that makes explicit endorsements?

Kenna: I'm not aware of any other company that does what we do. We don't have a corporate PAC. We put our logo front and center. And we are not trying to make this about politics. We are making this about the issues.

MD: Patagonia is unusual in that most of your customers are outdoor enthusiasts — the environment is likely a hot button for them. Large brands, like Walmart, for example, don't have a single issue. Does that give you an edge in promoting your purpose?

Kenna: No. In 2018, when we started Time To Vote by recruiting 411 companies, Walmart was one of them, along with Levi Strauss, PayPal and many others. This year, 1,500 companies are participating.

Many of these CEOs represent companies that might not be classified as progressive or liberal. And it's been great to see this increasing awareness, with CEOs looking to support employees and ensure that workers don't have to choose between earning a paycheck and voting.

MD: Do you feel Patagonia's brand purpose has lost some momentum in 2020, as so much attention shifted to racial justice and Black Lives Matter? And how does that movement intersect with the environment?

Kenna: We are facing four significant crises, and they are all interconnected. We have a climate crisis, a social justice crisis, a health crisis and an economic crisis. Patagonia just wants to make sure we don't also get ourselves into a democracy crisis from people not voting. That's why we're advocating for safe and secure elections.

MD: You worked on both Hillary Clinton's Senate campaign and then on her presidential effort in 2008. How does that experience help now?

Kenna: Understanding the nature of Capitol Hill, who the players are and how politics work is helpful. And a campaign is great work for anyone who wants to learn how to deliver a message using limited resources. It teaches you to be nimble and thrifty.

MD: Finally,  why are you volunteering in Georgia?

Kenna: I grew up here, and since we're still working remotely, I thought I could be more helpful with fighting voter suppression here in Georgia rather than in California. It's both a personal and professional passion.

Patagonia supports us taking some personal time to work on what matters to us. I was a poll watcher today at State Farm Arena, and it was great to see a steady stream of voters and have it go smoothly. I know that's not true everywhere in Georgia.