Turns Out Twitter Has A Democratic Bias, So What 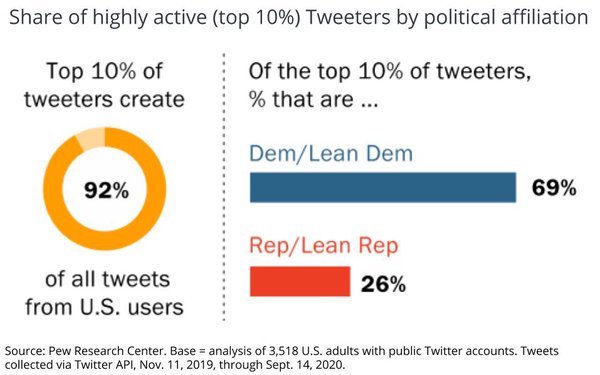 An analysis of the most active users on Twitter -- the top 10% who account for 92% of all tweets -- shows a pronounced political bias towards Democrats vs. Republicans. That's one of the top findings of a detailed analysis of U.S. adults tweeting on Twitter leading up to the 2020 presidential election, released this morning by the Pew Research Center.

"Most U.S. adults on Twitter post only rarely. But a small share of highly active users, most of whom are Democrats, produce the vast majority of tweets," reads the report: "Differences in How Democrats and Republicans Behave on Twitter."

The center's analysis found that just 10% of U.S. users accounted for 92% of all tweets from U.s. adults since last November, and that 69% of them identify as Democrats or Democratic-leaning independents.

Beyond posting volume, the study found Democrats and Republicans also differ from each other in their actual behaviors on the platform: 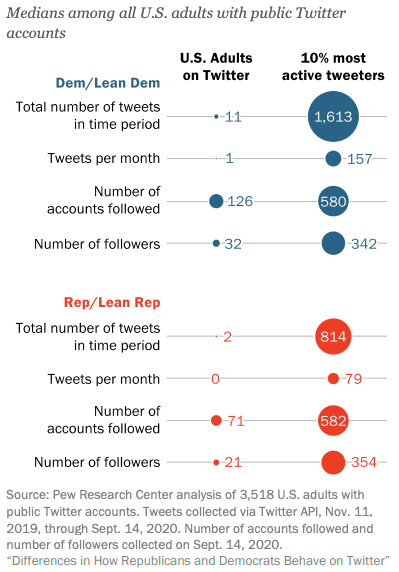 politics
2 comments about "Turns Out Twitter Has A Democratic Bias, So What".
Check to receive email when comments are posted.
Read more comments >
Next story loading