Better Late Than Never: New Season Starting To Rev Up 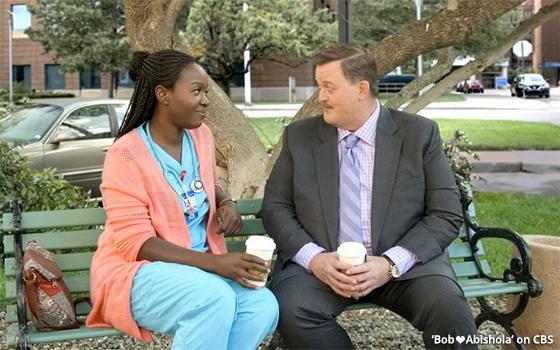 Although there have been a handful of early birds already this fall, the introduction of new and returning network series is starting to accelerate now after lengthy COVID-related delays.

You know what they say: Better late than never!

Apparently, production on new and returning network series was able to be accomplished, but later than usual due to COVID-19, and with a number of health-preserving protocols in place, according to published reports.

As a result, the fall debuts that were previously earmarked for September and early October are finally on their way.

This week, for example, on Wednesday, three comedies will return for new seasons -- “The Conners,” “Black-ish” and “The Goldbergs.” “American Housewife” returns to that lineup a week later, on October 28.

A number of other ABC shows will not be seen until well into November, including “A Million Little Things” (November 19), the new “Big Sky” (November 17), “For Life” (November 18) and “Grey’s Anatomy” (November 12).

“The Good Doctor” returns on November 2. Still missing in action: “The Rookie,” which had no posted premiere date on the ABC press web site on Monday.

CBS’s late fall season starts on Thursday, November 5, with the returns of “Young Sheldon” and “Mom” along with new comedy “B Positive.”

The news release made no mention of a handful of other CBS shows, however -- most notably, “Blue Bloods” and “Magnum P.I.” And this just in: Still no word on “The Equalizer” starring Queen Latifah. Alas.

Meanwhile, some NBC shows will be here soon. “This Is Us” is slated to return on October 27. “Superstore” reopens on October 29.

Fox has already seen the return of “The Simpsons” and the debuts of two new series, “Next” and “Filthy Rich.” The network’s press web site had no fall premiere dates on Monday for a number of other shows, however.

The rollout of at least some (if not most) of the new and returning shows the networks hoped to introduce earlier this fall means that the new season is not a lost cause after all.

Or, more to the point, it looks like we are at least going to have a new, fall television season.

The bigger question, however, is one inspired and adapted from “Field of Dreams”: If you build it (in this case, a new fall television season), will they come (“they” being the desired audience)?

That is always an open question, in this season or any other one.