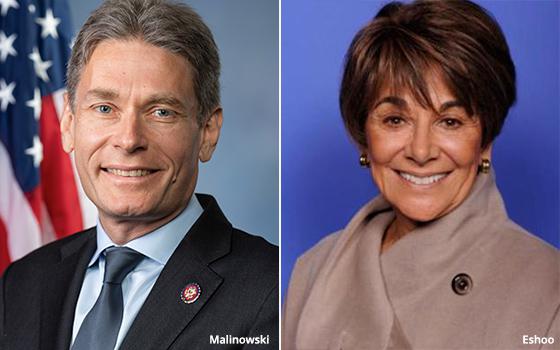 Two House Democrats have proposed stripping large tech companies of their immunity from lawsuits over users' "harmful" or "radicalizing" speech, if the companies use algorithms to recommend the material.

Specifically, the Protecting Americans from Dangerous Algorithms Act, unveiled Tuesday by Reps. Anna Eshoo (California) and Tom Malinowski (New Jersey) would deprive some web platforms of the protections of Section 230 of the Communications Decency Act, if the platforms algorithmically amplify or recommend what the lawmakers describe as “harmful, radicalizing content that leads to offline violence.”

The bill would only apply to companies with at least 50 million unique monthly users.

This newest proposal joins a host of other recent bills aimed at revising Section 230 -- including a bill that would deprive web companies of immunity unless they can prove their content moderation policies are “politically neutral.”

Eshoo stated that the proposal introduced today is narrower than other attempts to revise the law.

“The bill is distinct from other legislative proposals to reform Section 230 in that it preserves the core elements of the law that protect the speech of users, is narrowly targeted at the algorithmic promotion of content that leads to the worst types of offline harms, and does not seek to mandate political 'neutrality' as a condition for Section 230 protections,” Eshoo's office stated Tuesday.