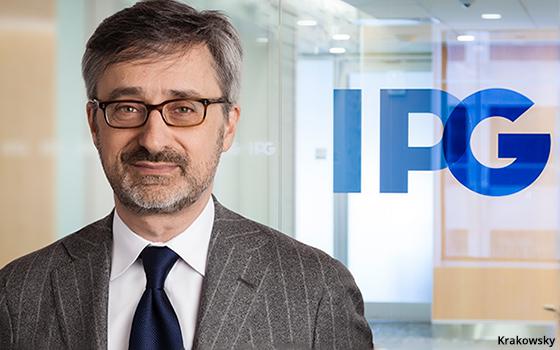 Interpublic Group has named Philippe Krakowsky as IPG Chief Executive Officer and a member of the Board of Directors, effective January 1. He succeeds Michael Roth in the CEO role and Roth will remain Executive Chairman of the Board.

Krakowsky, 58, is currently the Executive Vice President and Chief Operating Officer of IPG and the Chairman of IPG Mediabrands.

"Philippe is the right CEO for the next era at IPG," said Roth. "He is a brilliant strategist and effective leader who has played a key role in developing our open architecture client service model, as well as modernizing our data, marketing services and media solutions. Our partnership over the years has been a key factor in our long-term success with both clients and our people.”

Roth joined the IPG board in 2002 and chaired its Audit Committee until his appointment as Executive Chairman and co-CEO in 2004, and CEO in 2005. During his tenure as CEO, Roth righted the company’s financial course and made IPG an industry leader through organizational and financial restructuring.

As a result, in each of the past five years, IPG’s growth rate has outperformed the industry average.

“Michael’s leadership of IPG has been and continues to be outstanding. He has substantially transformed the company and ushered in a new era of modern marketing solutions," said David Thomas, Presiding Director of the IPG Board of Directors.  "He has taken bold strategic actions to reposition IPG for the future, focusing the company on the right business lines, growing digital and data capabilities organically and through acquisition, all while advancing diversity and employee engagement and setting the industry standard for growth and margin expansion.”

Prior to being named COO at IPG, Krakowsky also held the role of CEO of Mediabrands, the company’s media management arm. He has served on the boards of several IPG companies, including Huge and the IPG-backed O’Keefe Reinhard & Paul. He served as interim CEO of FCB for much of 2013, during the agency’s leadership transition.

Prior to joining IPG 18 years ago, he was a senior vice president at both Young & Rubicam and BBDO.

Originally from Mexico, Krakowsky started his career as part of a team that built and ultimately sold an artificial intelligence software company to Apple Computer.