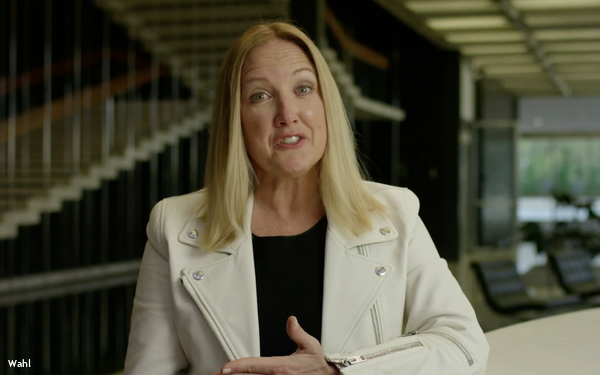 While COVID-19 continues to wreak havoc on the global economy, at least one major corporation found a silver lining to the plague.

Deborah Wahl, global CMO at General Motors, shared how the pandemic helped the automaker to find its strengths and clarify the meaningful role it can play in moving society forward on big issues like racial justice. She said the company -- and the world  -- is an at “inflection point,” defined as a time of significant change in a situation; a turning point.

Wahl shared her thoughts during this year’s Association of National Advertisers Masters of Marketing conference, which has moved to an online format due to the pandemic.

“When the coronavirus turned into a full-blown pandemic, I was less than six months into my role as global CMO of General Motors,” she says. “I was humbled to take on that role at a critical moment in GM’s history.”

Wahl laid out three “critical questions that all of us have a duty to ask ourselves and each other: Can we use they moment as a catalyst for permanent, positive change? Can the brands we represent help deliver that change? And when can we as marketers do to shape those two outcomes. from our unique positions of influence and privilege?”

Since COVID-19 was declared a pandemic by the World Health Organization on March 11 and George Floyd was killed by police officers on May 25, most marketers have been involved in conversations “on the role our companies would or should play in issues of public health, social justice and economic inclusion,” she says.

GM has accelerated the production of an electric ecosystem for everyone -- for a world that’s cleaner, safer, and more inclusive. The automaker revealed its all-new electric Hummer just last night and is planning a portfolio expansion that will include more than 20 electric vehicles by 2023.

Starting soon, GM will launch a new brand campaign that will put its Ultium batteries at the center of its growth strategy, she says, "and the center of our strategy of a safer world."

The automaker is committing itself to “zero crashes, zero emissions and zero congestion,” she says.

“To meet this commitment, we will need to reshape global transportation,” Wahl says. “Most importantly, we need to convince everybody who drives, to switch to electric.”

She says the transformation the automaker is undertaking “could play a role in making this terrible moment into a positive inflection point in the history of our society.”