Second Presidential Debate Down 14% From The First: Nielsen 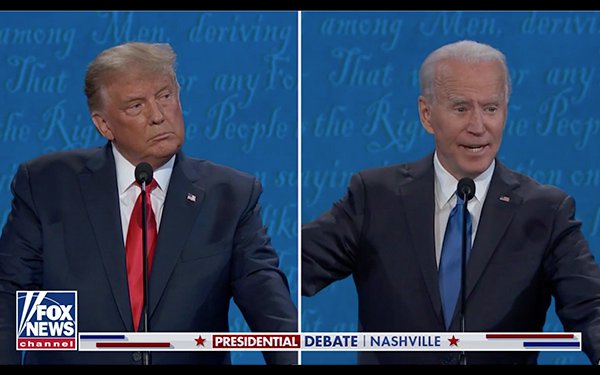 Fox News Channel posted the best network viewership, according to Nielsen final results, with 15.4 million viewers. ABC was next at 11.2 million, followed by NBC at 10.6 million. Farther down the list were CNN at 7.5 million, MSNBC at 6.9 million, and CBS at 5.7 million.

Viewers 55 years and older totaled 37.2 million, while persons ages 35-54 came in at 16.8 million and those in the 18-34 demographic totaled 6.0 million. All these results were down from the first Presidential debate on September 29.

Nielsen says out-of-home viewing and connected TV (CTV) viewing are included in the results, with CTV representing as much as 11% for televised political events.

MiQ, a marketing intelligence company that samples more than 15 million opted-in U.S. households with a Vizio smart TV set, says 1.56 million households tuned in to the second debate -- down from the 1.7 million who watched the first debate. Ninety percent of those households watched for five or more minutes.

OTT viewership, according to MiQ, was higher for the final debate (versus previous debates and the town halls), with nearly 13% of viewers tuned in through a digital or OTT platform, compared to only 9% for the first debate or the two Presidential town halls.