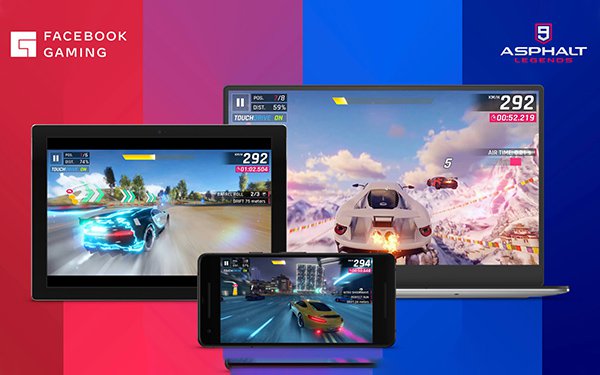 Facebook on Monday announced the beta launch of cloud-streamed games on Facebook Gaming, along with cloud playable ads and several gaming and advertising partners.

The social media site estimates that 380 million people, as of August 2020, play games monthly on its platform.

Facebook Vice President of Play Jason Rubin in a post explains Facebook’s model and vision for game play in the cloud.

Since game demos are some of the most effective ads to reach players, Facebook has launched playable ads built on HTML5. The new format allows the company to support interactive demos from a game’s native code, blurring the line between games and ads.

These ads can give players a better sense of the games before they commit to making a purchase and storage space.

Rubin believes developers will find the cloud playable ads give them more options -- and that these ads will take less time and will be less expensive to create.

Multiple pieces of creative can run from an Android Application Package, the package file format used by the Android operating system.

A new Gaming tab includes an easier way to recommend and search for games, and features to help players find the ones they once played. It also recommends new games to try.

Features will be added to help brands and developers improve retention and to send update notifications to players.

Facebook has already added automated performance standards and made updates to HTML5 to improve the experience for developers and players, as well as ways to optimize in-game ads on the platform to help increase CPMs.

For Facebook, the cloud model is aimed at getting users into games more quickly, with less waiting time for the game to download or arrive in the mail. Users play these games with a mouse and a keyboard on desktop.

Facebook says it is not spinning off a separate cloud gaming service.

The cloud-streamed games are playable in the same way that someone would play a game on Facebook, on the Gaming tab or in the News Feed.

This year, with a shortage of electronics due to COVID-19 and factories closing down, there is no wait for a console if the person who wants to play doesn’t have the hardware.

For example, the Xbox Series X and Xbox Series S — Microsoft’s gaming consoles for this year — have already sold out several times at retailers.

With cloud streaming, users simply tap on the title without downloading the game.

Cloud-streamed games launch on the desktop web and Android, not iOS.

The plan is to expand regionally in the coming months.