How DoorDash Handled Chaos Of 2020 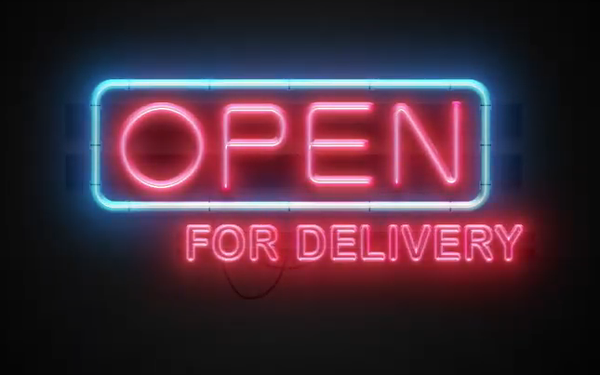 For food-delivery service DoorDash, responding to the pandemic and Black Lives Matter protests was costly—but in different ways.

Among the company’s early moves to mitigate the crippling impact of COVID-19 on local restaurants was to cut commissions restaurants paid to DoorDash by almost 50%. Along with providing PPE and financial assistance to its drivers, the initiatives were pricey but not controversial.

However, consumer reactions were mixed after DoorDash decided to highlight Black-owned restaurants in its app.

“We get hate mail about this,” vice president of marketing Kofi Amoo-Gottfried said at last week’s Association of National Advertisers' Masters of Marketing conference. The presentation was aptly titled “Leaning Into Chaos.”

“We get mails coming into our blog channel that say ‘where’s your support for white owned restaurants?’”

The company’s response: “Values have to cost you something in order for them to matter.”

As for most marketers, 2020 began like many previous years for DoorDash.

“January feels like 10 lifetimes ago,” said Amoo-Gottfried, who was joined in the presentation by Micah Moreau, DoorDash’s vice president of growth marketing.

In the fall of 2019, the company launched its “Every Flavor Welcome” campaign touting menu diversity, and early this year was contemplating how to extend it. Doordash’s “Food Fumble” sweepstakes coincided with the Super Bowl in February, and then a Valentine’s Day activation enabled people to swap out tattoos of their exes for images of food items.

“We were having a ton of fun and thinking about the rest of the year and how we were going to continue to build our plan,” said Amoo-Gottfried.

“Those plans changed rather drastically starting in March” with the onset of COVID-19.

“The focus was on ensuring that cash and sales were able to come through the door for Main Street,” Moreau recalled.

He said DoorDash was the “first and only on-demand company to cut commission fees by almost 50%, translating to more than $100 million in commission relief and marketing support.”

Additionally, the company set up a “fast-pay” product that allowed merchants to receive payments “the very next day,” hoping to roll it out within two weeks. “We rolled it out in two days.”

Because people “didn’t know which restaurants were open or safe to order from,” DoorDash created and launched an advertising campaign titled “Open For Delivery” in six days.

“For anyone who’s ever worked even just in TV media buying, trafficking something in under a week is almost impossible,” said Moreau.

Then came May and another “new twist that changes the landscape,” said Amoo-Gottfried, in reference to the death of  George Floyd—a Black man who died while being restrained on the ground by police officers.

“I think as most marketers in this room know, showing up for Black Lives Matter is a fraught exercise, because this is a deeply polarized and political issue. It shouldn’t be, but it is,” he said.

DoorDash gave Black-owned restaurants “zero-dollar delivery fees” and began highlighting them in its app so they are easier to find.

“That all started by doing the really manual task of actually reaching out to all these restaurants, because up until this point, we didn’t necessarily have them designated in this way,” said Amoo-Gottfried.

Summing up 2020 to date, he quoted former boxer Mike Tyson thusly: “Everyone has a plan until they get punched in the face.”