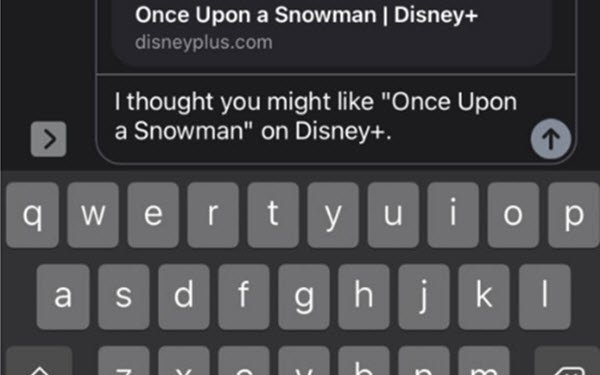 Disney+ announced that it has introduced the ability for subscribers to share direct links to specific movies or shows over social media.

Users hit the new share button next to titles, select a social platform and indicate recipients.

The recipients can then click the link and be taken directly to the title’s streaming page — though they will still need a paid Disney+ account to watch.

The new feature for building brand buzz and engagement comes nearly a year after the launch of Disney+’s November 12, 2019 launch, and a few weeks after it debuted a GroupWatch feature enabling up to six people with access to a live Disney+ account to watch a show or movie simultaneously.