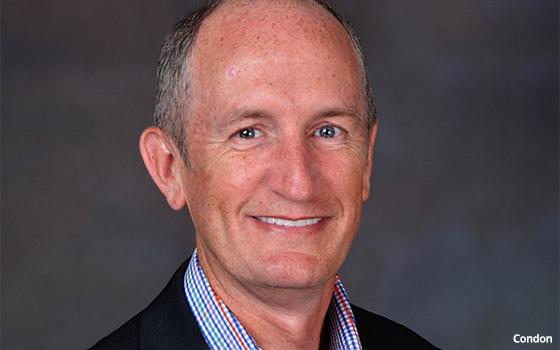 Condon, who officially stepped into the role earlier this month, brings to Captify his expertise and experience in TV, CTV and programmatic video. The goal is for him to accelerate the company’s adoption among programmatic buyers and brands.

"Throughout my career, there has always been a North Star at the center of focus," Condon tells Search & Performance Marketing Daily. “At first, content was king, then content discovery. Now, we’re in a place where we’re asking ourselves, 'how do you get to that discovery'?"

He said marketers need to understand their brand audiences through data, turning that into intelligence and, ultimately, into action. This is exactly what Captify does and he wanted to be a part of that.

Condon has a long history in media. “Growing up I loved comic books, magazines, and always thought I'd love to work in that space,” he says. “I loved that it was a product that changed every week. It didn't just sit on a shelf and it constantly evolved.”

Success often involves finding the intelligence behind data, he says. Being a math guy in college led him to think about applying that type of thinking to media and as an added bonus, to make some money from it.

"In math, you’re always thinking about how things work or could work, so I’ve built a career around 'what ifs' -- what if we did something different?" he says. "We twist and turn how we look at reaching consumers and engaging audiences. It’s the process of going from the theoretical to real-life, and not just for media. This also applies to working with great talent to make it all happen."

Condon entered the industry as a summer intern in print media. He then realized his ability to apply math to magazines and understand the difference between a newsstand sale and a subscription sale. He would ask himself things like "what is the elasticity when changing the price from one to the other" and found the ability to apply regression analyses right out of a textbook. The "nerd" in him emerged and began to relate what he had learned in school and apply it to something he loves.

“In business and early on I always received advice that you can't save your way to success, you have to invest — in your people, in your technologies and market presence, and Captify does that in spades,” he said.

The appointment builds on Captify’s work in full-funnel audiences for advertisers and supporting programmatic activations such as the company’s recently launched search-powered CTV, video and audio technology. Captify does this without a reliance on third-party cookies because of its strength in search.

He was most recently CRO at Effectv, the advertising sales division of Comcast Cable, where he managed a team of more than 1,500 sales executives to deliver more than $2 billion in revenue.