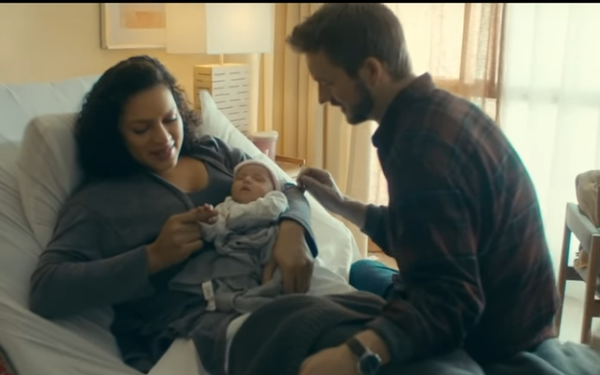 COVID-19 may be cutting into the U.S. birthrate, but Carter’s knows that for the families that welcomed the year’s 3,110,758 new babies, there’s plenty to celebrate.

In a moving new commercial that draws on user-generated photos, the Atlanta-based children’s clothing company acknowledges that 2020 tried to break people’s spirits. But Carter’s isn’t having it.

“Hello, 2020,” the voiceover says, after wheeling viewers through a hospital’s newborn wing, introducing many babies by name. “Meet optimism.”

“This is such a special, different time to have a baby,” says Jeff Jenkins, Carter’s executive vice president, global marketing. “We wanted to highlight what it meant to have a baby at a time of such fear and uncertainty. And parents were telling us that through all these waves of emotion, COVID fatigue is setting in and they are very stressed.”

When customers began searching out Halloween and Christmas items way ahead of schedule, “we realized it was because more than anything, they wanted a spark of joy. They wanted something positive to look forward to.”

U.S. birthrates were already in deep decline, even before the pandemic. In 2019, the U.S. recorded 3.75 million births, the lowest level in 32 years, according to the U.S. Centers for Disease Control and Prevention. That’s had a significant economic impact, and fertility rates have consistently fallen below replacement levels since 2007. Often, millennials cited expenses as their reason not to have kids.

COVID-19, with its powerful financial punch, is making it worse. The Brookings Institute issued a report several months ago, estimating that there will likely be between 300,000 and 500,000 fewer U.S. births this year because of the virus.

Jenkins says that makes the experience all the more significant for parents who did have a child this year. “There is nothing more positive than the birth of a child. For these families, giving birth during a difficult time -- when families often can’t be together, and grandparents aren’t holding newborns -- it is the arrival of optimism.”

Jenkins tells Marketing Daily he’s never been as proud of a creative effort. Even more gratifying is how many people agree. “Within 12 hours, it became the most shared content of ours ever,” he says. “And people weren’t just sharing. They were adding photos of their new babies, with their names.”

Carter’s used Icaro Doria’s Kid Lab for the creative, and it’s the first new brand campaign to launch under Jenkins, who joined the company from CKE Restaurants in mid-2019.

It’s not the first time Carter’s has attempted to make the 2020 experience less lonely. In May, it hosted a virtual baby shower with singer Kelly Clarkson. The company also recently introduced “From Santa with Love,” a virtual visit to a retail Santa. Using celeb video app Cameo, Carter’s is giving 1,500 families a chance to win a free virtual visit.

Carter’s announced its third-quarter results last week, with sales falling 8% to $865 million, even as ecommerce sales rose 17%. Those results beat its forecasts, and the company says that improving sales are evidence that its brands, including OshKosh B’Gosh, still represent a substantial value to shoppers.