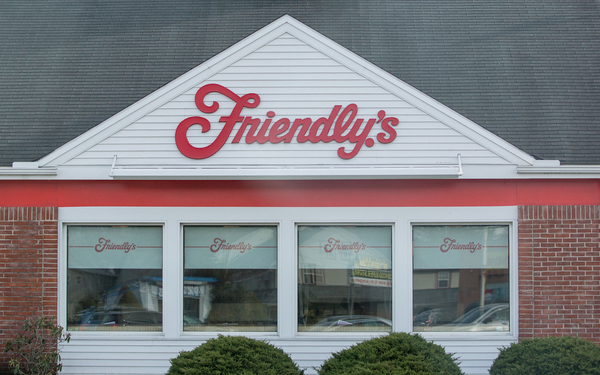 The parent company of Friendly’s Restaurants has agreed to sell the chain’s 130 locations, in another example of restaurant industry consolidation or closures accelerated by the impact of COVID-19.

This sale comes on the heels of the late October bankruptcy filing of Rubio's Restaurants Inc., which operates approximately 170 restaurants in Arizona, California and Nevada.

Two of the biggest unsecured creditors of Rubio’s are Sunwest Bank for a $10 million Paycheck Protection Program loan, and the Internal Revenue Service for a $2.5 million CARES Act payroll tax deferral, according to BankruptcyData.

On Sunday, Friendly’s parent FIC Restaurants Inc. said it has agreed to sell “substantially all of its assets” to Amici Partners Group. Amici is affiliated with Brix Holdings,  whose brands include Greenz, Redbrick Pizza, Red Mango, Souper Salad and Smoothie Factory. Noting that it has filed for Chapter 11 bankruptcy protection, FIC said in a news release that “nearly all” of the 130 Friendly’s restaurants are expected to remain open “and the transaction is expected to preserve thousands of corporate-owned restaurant team member and franchisee jobs.”

Slightly further up the food chain, Starbucks said last week it will close roughly 800 U.S. locations in its fiscal 2021, but hopes to open about 850 amid a shift in customer transactions from dense urban centers to the suburbs.

Comparable-store sales fell 4% during Starbucks’ Q4 ended Sept. 27, representing “a vast improvement from the approximately 65% decline we experienced at the depth of the pandemic only five months ago,” president and CEO Kevin Johnson said during an earnings call last week.

Q4 U.S. comparable-store sales declined 9% as Starbucks restored in-store seating to about 63% of its locations.

“Broadly speaking, we’ve seen U.S. transactions migrate from dense metro centers to the suburbs, from cafes to drive-throughs, from early mornings to mid mornings with outpaced recovery on the weekends,” Johnson noted.

About 75% of Q4 sales volume was drive-through and mobile orders, down from 90% in the third quarter, “reflecting a sizable shift to on-premise occasions in Q4.”

The pandemic isn’t the only challenge Starbucks has faced this year, according to place-based data provider Placer.ai.

Its biggest state—California, with nearly 3,000 locations—also has faced disruption caused by wildfires. While Placer.ai calculates Starbucks U.S. foot traffic was down 25.6% in September versus a year ago, it was down 34.8% in California.

When Yum Brands reported earnings last week for the third quarter ended Sept. 30, it said that 672 of its Pizza Hut locations had shut down in during the quarter, according to Nation’s Restaurant News. Nearly half of the closings were the result of the Chapter 11 filing by NPC International, the chain’s largest franchisee.