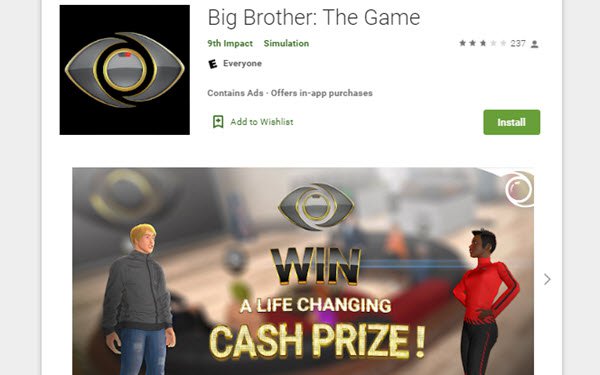 With ad dollars having followed the exploding podcast and music listening audiences, mobile gaming — likewise enjoying a boom in users, to some 3 billion worldwide — is well-positioned to tap a new opportunity for the platform: audio ads.

So says Christian Facey, CEO and co-founder of AudioMob, which is helping to pioneer the audio format — specifically, reward-based audio — in the free-to-play gaming segment.

London-based AudioMob, launched just this past January, is backed by Google for Startups, and both Facey and co-founder and CTO Wilfrid Obeng are Google alums. (Facey also worked for Facebook.)

The technology is still in beta, but is already being tried by some big brands.

Dell, Amazon, McDonald's, Spotify and PayPal are testing the reward-based audio format in 9th Impact’s new game based on the “Big Brother” TV show franchise, according to AudioMob.

And last week, the company announced that Kwalee, a publisher of hyper-casual (easy-to-learn and usually free but ad-supported) mobile games will begin deploying the ad format later this quarter, starting with its popular Crazy Shopping game.

Facey and Obeng saw an opening into the high-growth gaming world in the form of the problematic relationship between mobile game players and ads, Facey explained in the IAB U.K. blog.

Ad formats including banners, interstitials and interactive, integrated placements have been used to monetize the free-to-play gaming model over the years, he notes, and video ads that give players in-game rewards in return for watching ads have emerged more recently.

But most of those formats, including rewarded video, interrupt game play and so tend to be viewed as intrusive by players, he says.

That's true even with free-to-play, and even more true with paid games. (In September, after angry fans protested on Reddit, game-maker EA apologized for putting a full-screen, in-game ad into its $60 UFC 4 game.)

A recent study by YouGov, commissioned by AudioMob, found 86% of adult players saying they dislike full-screen ads in mobile games, and 67% saying they would prefer ads that don’t stop game play — like audio ads. And with 61% reporting that they at least sometimes listen to music on their mobile phones while playing games, audio gaming ads have a natural conduit.

The audio ads — which can be used alone or as a follow-up to target players who don’t respond to a video or other ad — collect tracking information on listeners’ behavior. They sometimes outperform full-screen interstitials, as well as helping to improve player retention, according to Facey.

The format’s “ecosystem and technology” are still in early stages, and “there is a job to be done educating developers, advertisers and players,” Facey acknowledges, but AudioMob and early users are “really pleased” with the results thus far.

But it looks like AudioMob will have stiff competition.

WPP is backing, and its agencies will use, a new programmatic ad techology from startup Anzu.io said to integrate advertising across all gaming platforms — including esports tournaments — without affecting game play.