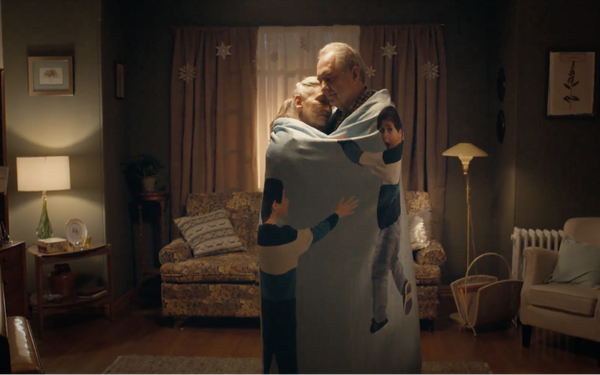 Vistaprint is tossing the usual playbook for its annual international holiday campaign for a new approach based on a global study it conducted on gift giving and how consumers’ feelings about giving have changed due to the pandemic.

The company provides design and printing for small businesses and more recently consumers.

Prior years were less brand-forward and more direct-response, while the new approach shares an uplifting message that a special gift, no matter the size, can make those closest to you feel known and loved.

This year’s campaign creative work, developed with agency partner Giant Spoon, includes images of an elderly couple slow dancing with a custom blanket printed with a photo of their grandkids around them. The campaign’s theme song reworks Nat King Cole’s classic “Unforgettable” into “Unregiftable.”

In addition to COVID-19 changing how Vistaprint reworked its creative process, the pandemic also impacted the production. This is the first time Vistaprint cast real-life family members, including the dancing couple.

This campaign was spearheaded by CMO Ricky Engelberg who brought Giant Spoon on to help develop the campaign.

The campaign will be supported by tailored media extensions in various markets, all incorporating insights from the custom research. To that end, there will be a focus on Secret Santa successes and failures featured in the U.K. and France via social content. In the U.S. and Canada the campaign will launch with in-show integrations during a  popular daytime TV show to be announced at a later date.

Also, Vistaprint has retained behavioral psychologists who will share gift giving tips and tricks with followers on social, including findings from the study and what makes seemingly simple gifts extraordinary.