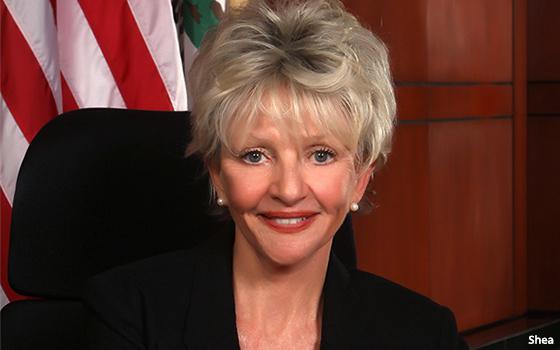 A federal judge has refused to dismiss a lawsuit alleging that the mayor of Irvine, California violated a critic's First Amendment rights by blocking him on Facebook.

“Governmental viewpoint discrimination has long been prohibited by the First Amendment,” U.S. District Court Judge Cormac Carney in the Central District of California wrote in a 12-page decision issued Thursday.

The ruling stems from a lawsuit brought by Irvine resident Lamar West, who weighed in on Mayor Christina Shea's Facebook page after she (or her staff) posted controversial statements in early June about the protests against police brutality. (Those posts were subsequently deleted.)

West criticized Shea in the post, writing: “Like other educated people have mentioned it’s okay for you to support the movement and not defund the police but you don’t want to do either. I can hear the racist ancestors of yours in this post and it’s sickening. Enjoy your position while it last…”

Shea then blocked West -- as well as others who had made critical comments.

West sued Shea in July, and sought an order that would have required Shea to unblock him. She subsequently configured her Facebook page to restrict anyone other than her Facebook friends from accessing it.

West withdrew his request for an injunction, but is still seeking damages and attorney's fees.

Shea urged Carney to dismiss the lawsuit for several reasons, including that her Facebook page wasn't a “public forum” -- comparable to a city or park, where government figures are prohibited from censoring people based on their opinions.

Carney rejected that argument -- at least for now -- writing that he was “not persuaded” by it.

He elaborated that Shea's profile was allegedly accessible to the public, and that used for official business, “including to disseminate information regarding her mayoral activities, share her official position on social and political issues, and communicate with constituents.”

Carney added that Shea might ultimately prevail, but that dismissal wasn't appropriate "at this early stage" of the case.

Several other judges throughout the country have ruled that public officials who use social media accounts for government purposes, and allow the public to post comments, can't then block people based on their opinions.

Most famously, the 2nd Circuit Court of Appeals upheld a ruling that President Trump acted unconstitutionally by blocking critics from his Twitter account.

The White House has asked the Supreme Court to hear an appeal of that ruling, but the court hasn't yet said whether it will take up the case.