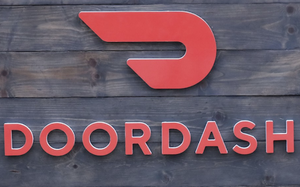 Tests of the ghost kitchen concept by restaurant chains Red Lobster and Aloha Poke come at a convenient time for DoorDash in the walkup to the money-losing food delivery giant’s public stock offering.

In a Securities and Exchange Commission prospectus filed last Friday, DoorDash reported revenue of $1.92 billion in the nine months ended Sept. 30, and a net loss of $149 million.

Similar to how Amazon started life as an online bookstore before broadening its offerings to anything that fits in a truck, DoorDash wants to go beyond food and deliver “anything within a city,” the company said in the prospectus.

It its SEC filing, DoorDash said it plans to “build products that transform the way local merchants do business and enrich the communities in which they operate.”

The products will include an on-demand logistics platform that can “facilitate the delivery of any item.”

Akin to Amazon Prime, DoorDash’s DashPass membership offers unlimited deliveries from eligible businesses. As of Sept. 30 “we had over five million consumers on DashPass,” which costs $9.99 a month.

“To date, these deliveries come primarily from restaurants,” says the company’s prospectus.  “In the future, we envision this membership program becoming a wallet for the physical world, where a consumer can access not only restaurants, but all the local businesses in their community, and receive benefits while shopping in-store, at home, or anywhere in between.”

Meanwhile, on Nov. 10, Red Lobster announced the opening of its first ghost kitchen—a concept it described as “one of the restaurant industry's fastest-growing trends.”

Located in the South Loop section of Chicago, the facility only prepares food for delivery via DoorDash, Grubhub, Postmates and Uber Eats.

Red Lobster—which has nearly 700 U.S. locations—said it tripled its off-premise sales in the two years before COVID-19 began and then tripled them again over the last eight months.

“Opening a ghost kitchen is a natural next step in expanding our off-premise business,” Red Lobster CEO Kim Lopdrup said in a statement.

Ghost or virtual kitchens are a way for restaurants big and small to expand their presence without investing in traditional brick-and-mortar locations with indoor dining and their attendant costs. They’ve become particularly attractive as COVID-19 continues to crimp or eliminate on-premises dining.

“I think the approach right now is one of necessity,” Tim Powell, managing principal at the Foodservice IP consultancy, tells Marketing Daily. “With winter approaching and the entire restaurant industry on its heels, operators must be as innovative and creative as possible.”

With 19 locations in five states, Chicago-based Aloha Poke—which specializes in diced, raw fish served either as an appetizer or main course—has decided to test the ghost kitchen model with Reef Kitchens.

Reef operates food-preparation facilities in some of its more than 4,500 U.S. mobile vessels located in parking lots and garages.

For Aloha Poke, a ghost kitchen is a way to introduce its brand to new markets without having to buy or rent traditional real estate and then oversee its own staff while adhering to applicable regulations. If a ghost kitchen test is deemed successful, finding franchisees becomes easier, according to Aloha Poke CEO Chris Birkinshaw.

“I see this as a low-risk, potentially high-reward opportunity to get into a market with an operator that really knows and understands those markets well,” Birkinshaw tells Marketing Daily. “Our marketing efforts are digitally focused already, and that pairs well with the digital strategy of a ghost kitchen.”

How long will it take to determine if a ghost kitchen test is successful?

“My instinct is that we’ll know pretty fast,” says Birkinshaw. “We’ll be able to see the traffic patterns and the returns on the ghost kitchen side.”