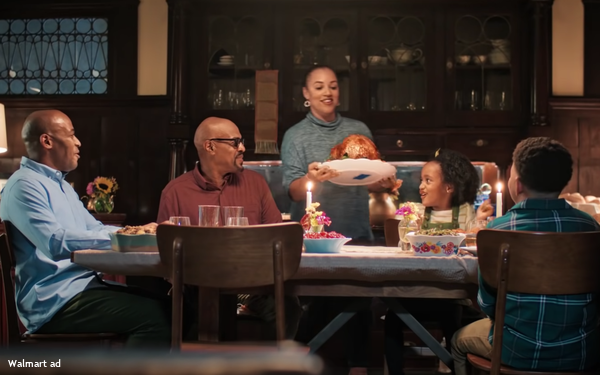 At least some retailers are navigating the choppy seas of consumer spending, with Walmart and Home Depot turning in impressive gains. Even Kohl’s, part of the still-suffering department store crowd, posted results that have observers smiling.

General merchandise, health and wellness and food remained the most vital categories for in-store shopping. And while people are shopping less often, they spend more when they do head to stores -- and buy more online.

“We think these new customer behaviors will largely persist, and we’re well positioned to serve customers with the value and experience they’re looking for,” says Doug McMillon, Walmart president and CEO, in its release.

At the Home Depot, sales took a mighty upward swoosh, rising 23.2% to $33.5 billion for the third quarter of its fiscal year. Comparable sales climbed 24.6% in the U.S., as consumers continued to pour the discretionary funds they might have spent on travel or restaurants on home-improvement projects.

Those results beat analyst expectations. And while spending on employees will cut into its profits, “we ultimately think it benefits the durability of Home Depot,” and keeps “the brand elevated by employing dedicated, long-term, knowledgeable workers,” writes Jaime Katz, an analyst who follows the Atlanta-based retailer for Morningstar.

Katz remains bullish on the company. “Home Depot should continue to capture top-line growth, bolstered by an aging housing stock and rising home prices, but should also garner support from the work-at-home movement as a result of COVID-19,” she says.

Results at Kohl’s were a different story, with revenue falling 14% to $3.97 billion, from $4.62 billion in the comparable period a year ago. Comparable sales fell by 13.3%. The retailer also posted a loss of $12 million, compared to net income of $123 million in the third quarter of 2019.

But as gloomy as those results sound, they beat company expectations. And executives at the Menomonee Falls, Wisconsin-based chain say it is well-positioned for the holidays and expects its beefed-up activewear and beauty offerings to appeal to shoppers.

“While Kohl’s is still suffering, the business is starting to rebuild with a much more modest sales decline of 14%, beating the sharp drops posted over the last two quarters,” writes Neil Saunders, managing director of GlobalData, in his comment on the results. “There is clearly a lot more work to do to get back onto stable ground, but at least Kohl’s is moving firmly in the right direction, which is more than can be said for some of its department store peers.”

Saunder was especially encouraged by Kohl’s strength in homewares and activewear and believes it will benefit from a push into beauty. “Kohl’s customers are active beauty buyers -- however, most of them buy from rivals like Ulta. If Kohl’s can develop a more compelling and coherent beauty offer, it has the potential to take a larger slice of wallet.”