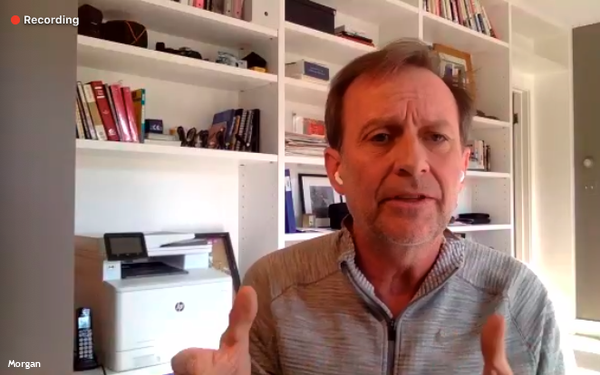 In a disequilibrium that likely has not existed in the TV advertising marketplace since the early days of cable and syndicated TV, a group of industry executives met Friday to discuss the growing value of the connected TV (CTV) marketplace and concluded that it is dramatically undervalued in terms of advertising market share.

During a Zoom meeting hosted by Pivotal Research Group analyst Michael Levine, the executives talked about how the growth of CTV during the COVID-19 pandemic has been a godsend for advertisers and agencies, offering much-needed reach and flexibility to meet their advertising goals, but that for all its growth it still commands only a fraction of TV advertising budgets.

With about a third of American viewers cutting the cord and accessing TV via connected devices, Simulmedia Founder and CEO Dave Morgan pointed out that it only commands about 4% of TV’s commercial advertising inventory.

The rest of the panel quickly dubbed this Morgan’s “96/4” rule, evoking a Mary Meeker-like metaphor for Madison Avenue once again under-budgeting a medium where their consumers are heading.

“You’ve got a scenario of 45 million-ish people who re cord-cutters -- a third of TV households -- with 4% of the ad load going into CTV,” reacted Tim Sims, CRO of The Trade Desk, adding, “if my TV investment is 96/4, that’s probably under-indexing on CTV today.”

Cable and syndication had similar “under-indexing” problems in their early days until the advertising marketplace caught up with their audience reach, and Sims noted that the pandemic has been a boon for CTV suppliers, because it drove both viewers and advertisers to the medium quicker than they might otherwise have. He said it compressed about three years of growth into just one year.

That point was echoed by advertisers and agencies on the panel, but for different reasons.

In the case of The Hershey’s Company, head of Media and Communications Planning Charlie Chappell said CTV ended up being a crucial contingency option to meet its advertising reach goals during one of the most critical sales seasons for a candy marketers: Easter.

As a big sports advertiser, including the NCAA, much of Hershey’s conventional TV advertising buys got preempted, and he said the flexibility of shifting to CTV helped the marketer salvage its sales season goals.

Barry Lowenthal, CEO of The Media Kitchen, meanwhile said CTV is enabling many of his agencies smaller budgeted brands to transition from small digital mobile and computer screens “into the living room” by making TV advertising flexible and affordable for them to use.

While he groused that CTV advertising CPMs still are relatively high, he predicted they would come down as more inventory came into the marketplace.

That’s something Simulmedia’s Morgan echoed, noting that CTV has been constrained by lighter than conventional TV ad loads for a variety of reasons, but as more ad budgets become available to the medium, he predicted it would lead to an increased supply of inventory as suppliers -- including the major TV networks -- made more available.

“It’s not about keeping them out,” he said of an estimated “10,000 to 50,000” companies advertising in connected TV. “It’s about letting all of these companies to come flooding in.”

Ultimately, Morgan said that would put “pricing pressure” on the CTV marketplace, but that it would also boost the “yield” for all of television’s suppliers distributing ads via CTV, “which will help us deal with the 96/4 issue.” 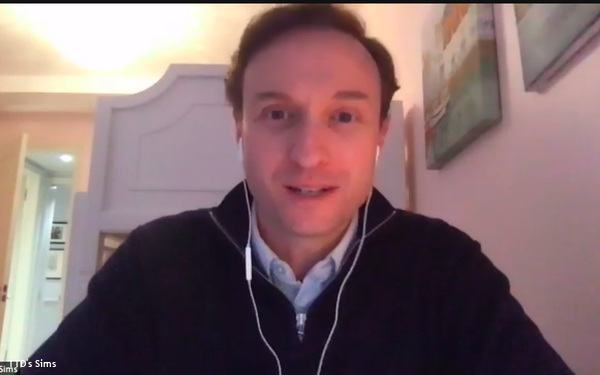