Department-Store Dilemmas: 'A Long Haul Back' 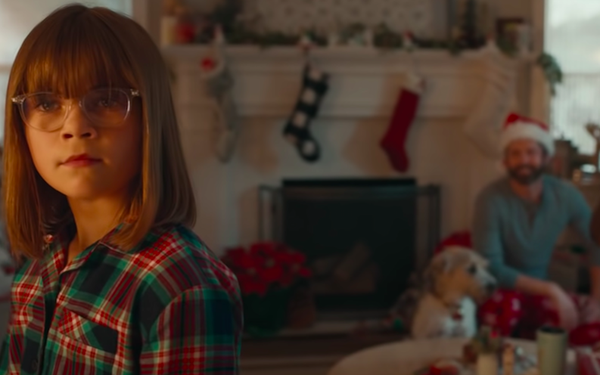 Ad for Kohl's: in better shape to weather retail storm than many other department stores, according to Moody's VP.

Department stores, considered by many to be the dinosaurs of retail, have gotten the worst of the global pandemic. They're don't sell much that's essential, and 2020 has pretty much made a mockery of anything that might be considered "occasion dressing."

But Christina Boni, vice president and senior credit officer of Moody's, sees plenty of promise in the category — despite the struggles. She tells Marketing Daily what she expects in the months ahead.

Marketing Daily: Even before the pandemic, the category had been struggling. How much worse has it gotten for department stores?

Christina Boni: COVID-19 just exacerbated many of the trends that had been challenging these stores.

But there's a bifurcation. There's been an acceleration of sales online. And since people aren't going out or traveling or going to work, they need fewer clothes. At the same time, because of those things, they also have more money to spend — and retail's partially been a recipient of that, especially anything to be used in the home.

Marketing Daily: Are people getting out of the habit of shopping at these stores?

Boni: I've read it takes 40 days to make a habit, and we're clearly past that. And stores have pivoted to capture these new needs. But just because a store benefits from incremental sales online, that doesn't mean they are making a customer relationship. It's going to be challenging to get customers back.

Marketing Daily: Many criticize department stores for not appealing to younger shoppers, who are much more focused on sustainability, especially re-commerce.

Boni: Younger shoppers think about things differently. They have strong feelings about the impact of fast fashion and how many things they have in their closet. All apparel retailers are going to have to make sure they're meeting those needs and demands.

Marketing Daily: Some stores have very different playbooks. What do you make of Nordstrom?

Boni: It is probably the most exposed, in terms of categories. It has the least amount of home goods, more high-end apparel and more occasional apparel. And it’s more urban-based.

On the other hand, it also more digitally connected. And more of its locations are in higher-quality malls, the ones least likely to be affected by a downturn.

Boni: It's very focused on categories that are resonating with the customer: plenty of products for the home, for activewear. It's also more suburban and in more off-mall locations. Both those things are a plus.

Marketing Daily: Many believe Macy's is most at risk.

Boni: It faces some different challenges. Many of its larger stores are in cities, and because tourism is mostly nonexistent, that hurts. And many of its locations are in lower-quality malls.

But the good news for Macy's and others is that they have managed inventory very effectively. And they've been able to take costs out of the system.

Marketing Daily: What are the biggest challenges ahead this holiday?

Boni: These companies are doing an enormous amount of work to right-size their operations, close stores and improve digital offers. But I don't want to sugarcoat it. There are many challenges for them to even get back to 2019 operating performance levels.

Marketing Daily: Do people want to go back to stores? Take Nordstrom's enormous New York City location, which cost $500 million to build and has been open for barely a year. Are consumers in a hurry to shop at places like that again?

Boni: Yes. I live very close to that store, and it's incredible. And some people love to shop.

We also have short memories. And if we are soon in an environment where there is a vaccine and some semblance of normal, people will want to shop in urban areas again. But will they shop as much if they are working only two days a week in Manhattan, versus five?

It's going to be a long haul back again. There's relevancy, cyclicality, structural changes in urban markets — all these things are going to play a part.