Newsmax TV Could Be A Rival To Fox News, Or Just A Flash In The Political Pan 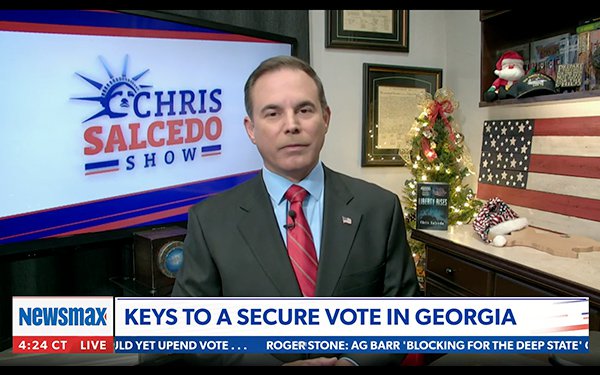 Does this mean real longer-lasting change is coming -- possibly from upstart news networks? And what adjustment will advertisers make?

Overall, the major changes post-election are: Fox News retaining the top position, albeit with a smaller margin. CNN is rising, and MSNBC remains steady.

Many are wondering what's next -- especially with election results completed and some allegiances to networks based on political preferences possibly in flux.

Newsmax has indeed seen higher viewership. It pulled in a Nielsen-measured 429,000 average prime-time viewers for the most recent week ending November 23 -- more than 10-times its third-quarter average of 37,000.

This was good for 27th place among all cable TV networks, ahead of Nat Geo, Syfy, MTV, Animal Planet and Comedy Central. Also, its average 346,000 total day viewers (19th place) was ahead of TLC, Discovery Channel and A&E Network. Third-quarter totalday viewing was 30,000.

This comes as Newsmax TV has yet to “call” the election. Early on, after the election, virtually all other news organizations, including Fox, cited Joe Biden as the winner, following an analysis of state voting trends, a process that has been around for decades.

But Newmax keeps a different story line alive -- touting voting-fraud rumors without any evidence to back up the claim, according to the Department of Justice, the FBI and the states election officials.

So would advertisers be more leery about signing on to this network? We don’t have November results as yet. Still, this might suggest where things are, ad-wise:

In the past, direct-response advertisers typically have a higher threshold of content that may be controversial, risky, inappropriate, or otherwise, with big brand advertisers completely avoiding such programming. At the same time, we don’t know how  new rising TV news networks will sustain viewership.

But in a TV world, where there can be few substantial viewership gains, and other associated metrics, TV marketers can get antsy -- if not politically cloudy.

advertising, cable tv, news, politics, tv
2 comments about "Newsmax TV Could Be A Rival To Fox News, Or Just A Flash In The Political Pan".
Check to receive email when comments are posted.
Read more comments >
Next story loading