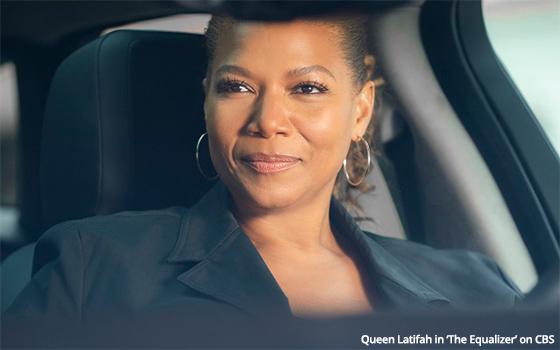 If we are all to be saved sometime in 2021 from COVID-19, then the arrival of a new “Equalizer” on CBS in early February is great timing indeed.

“The Equalizer” returns to TV -- and our world -- on February 7, directly following the Super Bowl on CBS.

This time, the title role goes to Queen Latifah, a casting coup that was first announced last May when CBS revealed what it was working on for the fall season.

Of all of the new shows announced last May by all of the networks, “The Equalizer” starring Queen Latifah immediately generated the most excitement.

To clarify: It was exciting to me, if not to anyone else. Since the announcement, I had not heard a peep out of anyone about this show until the announcement last week from CBS that “The Equalizer” was finally ready, and that it would premiere in the post-Super Bowl time slot.

Like other fall shows, production of “The Equalizer” was hit with COVID-related delays, frustrating at least one person -- me.

In this new “Equalizer,” Latifah, 50, plays a former CIA agent turned-vigilante who secretly turns up in the lives of people in trouble (or is covertly summoned by them).

She then applies her formidable skill sets to fixing their problems -- all while seeming to live a quiet, normal life as the single mother of a teenage daughter.

People old enough to have been alive in the 1980s might remember the original “Equalizer” starring Edward Woodward in the title role, also on CBS. Denzel Washington later took up the role in two “Equalizer” movies in 2014 and 2018.

The new “Equalizer” with Queen Latifah on CBS is produced in New Jersey, says CBS -- which might present continuing challenges to the show’s production, since New Jersey is a state where COVID seems to be flourishing at the moment.

On the other hand, the always resourceful “Equalizer” might just have a solution to that.