'Ya Filthy Animal': BarkBox Gets Nostalgic For Holidays 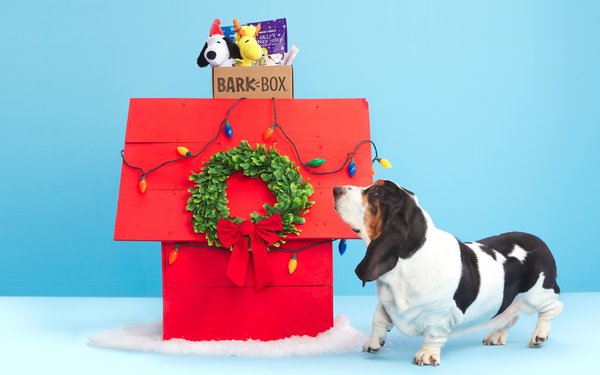 Betting that pet owners feel extra expressive this season, BarkBox is hoping their hounds will chew on nostalgia.

It’s offering a box full of Peanuts-themed treats and toys. And it’s also peddling an homage to “Home Alone,” with chew toys based on characters from the classic Christmas movie.

While Bark has been shipping its monthly subscription boxes to dog owners since 2013, experts say pet-related offerings have been landing a little differently due to COVID-19.

The idea of “pandemic pets” swept the popular imagination starting last spring, as people rushed to adopt and foster dogs to keep them company while sheltering in place. Pet stores and breeders also saw sales soar.

So did sales of pet supplies. BarkBox, a  subscription pioneer, has grown to $375 million in annual revenue and says it recently closed its most profitable quarter.

Sales at Chewy.com are also soaring, up 47% in its most recent quarterly report.

Last month, it forecast that holiday pet spending is likely to remain steady this year, despite consumers cutting back in other areas.

While 83% said their ownership of pets hadn’t changed since COVID-19 struck, 74% say their pets have helped reduce stress and provided an increased sense of well-being. And 46% say they plan to buy pets a holiday gift, in line with those who did last year.

Bark’s Peanuts boxes, available as an option of the December selection for both the BarkBox subscription as well as Super Chewer, are for dogs who “play tough.”

The “Home Alone” limited edition is timed to celebrate the 30th anniversary of the film. Pups get toy versions of villains Marv and Harry, a crinkly tarantula and a squeaky paint can, as well as Little Nero’s Lamburger Pizza dog treats.

Bark, meanwhile, is in the midst of a leadership transition. Back in September, it named Manish Joneja CEO, as co-founder Matt Meeker stepped down. (He continues as  executive director.)