Revenues for free, ad-supported, video-on-demand streaming service Tubi have doubled since Fox acquired it earlier this year, and its ad sales are growing so fast that Fox’s top financial executive this week predicted it will surpass the company’s broadcast network revenue in the next “two-to-three years.”

“When we look at all the new launches of D2C, they’re really corralled around entertainment programming,” Tomsic said, adding that Netflix’s success -- especially the notion of its binge, on-demand viewing -- has proven that “the restrictions of a linear schedule is not what consumers want.”

By comparison, he said, Fox Corp.’s acquisition of Tubi seems prescient in retrospect, and once it was coupled with Fox’s sophisticated sales and marketing organization, surpassed the monetization expectations of the company.

To help accelerate its growth, Tomsic said Fox Corp. is adding some of its vaunted programming library to Tubi and is also looking at selective programming acquisitions, although they are not likely to be the kind of high-profile deals that have been driving consumer adoption of subscription video-on-demand services.

Those deals will “not be ‘Game of Thrones’ budgets,” he explained, adding that the goal is to expand Tubi’s on-demand library to ensure viewers have “something available for every point in time." 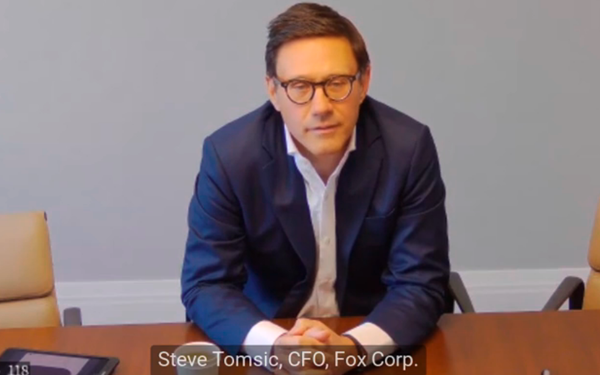