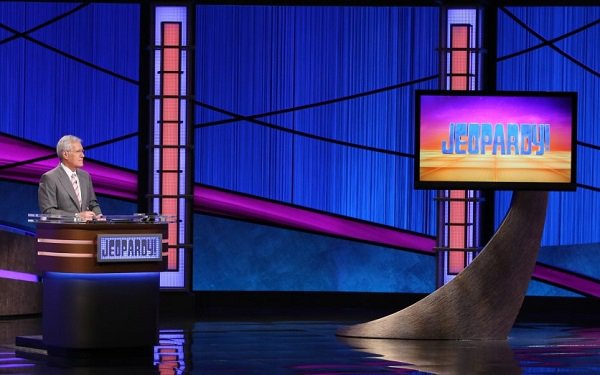 We prepare to watch “Jeopardy!” these days with a feeling of nervous trepidation.

We wonder and worry how Alex Trebek will look and sound in the last remaining shows airing currently that were taped some time before his death on Sunday, November 8 from pancreatic cancer at age 80.

Our concern for his demeanor stems from the affection we long-time “Jeopardy!” watchers had and still have for him.

The last thing we want to see or hear when watching “Jeopardy!” in these weeks of the final shows he hosted are signs that he was suffering or in pain, or otherwise struggling to carry on in a very demanding job while also waging a battle with a very tough form of cancer that he would eventually lose.

The experience of watching him since Monday, November 9 has been nothing less than awe-inspiring. Other than a speaking voice that comes across as raspy at times, Trebek in these shows seems the same as he ever was.

In his role as host, he performs so magnificently that it is easy to forget he was a man in the later stages of cancer.

How late into his illness he worked is a little difficult to determine. According to a news release from the show on November 8 that announced his death, Trebek's “last day in the studio was [Thursday] October 29.”

Whether he taped any shows that day -- just 10 days before his death -- was not specified. Still, he apparently worked up to and possibly including that date for just shy of 18 months since announcing his pancreatic cancer diagnosis on March 6, 2019. This is an astonishing achievement.

And now, counting today's show (on Wednesday, December 16), there are only eight new Alex Trebek episodes left to air -- three this week, and the remaining five scheduled to air in the first full week of the new year -- Monday, January 4 through Friday, January 8.

That was the news release that announced that in accordance with Trebek's own wishes that the show go on without him, tapings of new episodes would start up on Monday, November 30.

“Jeopardy!” all-time champion Ken Jennings, who was named a consulting producer on the show in September, would step in as the first of a series of guest hosts, the news release said.

This news fueled speculation that Jennings would emerge eventually as Trebek's permanent replacement. But no announcement about that has yet been made, or even hinted at by Sony or CBS.

The shows hosted by Jennings are scheduled to start airing on Monday, January 11, which will also mark the beginning of a new era in “Jeopardy!” without Alex Trebek, who was the show's only host since 1984.

Thankfully, “Jeopardy!” is not the kind of show that is dependent for its survival on a single star personality, no matter how closely Trebek became associated with the show. Trebek himself knew this better than anyone.

With his blessing, the show will go on. Alex Trebek will be gone, but not forgotten.