'The Office' To Return To NBCU On Peacock -- Free, Ad-Supported, Ad-Free Options 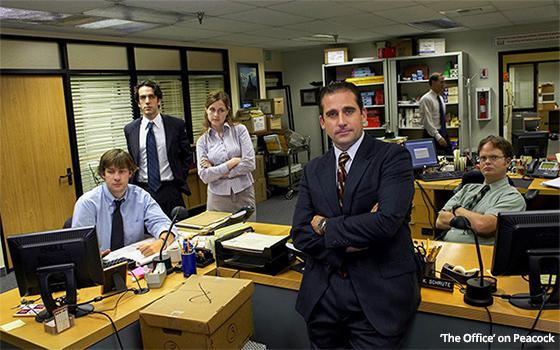 Netflix's airing of “The Office,”

which had been the most-watched TV show on the subscription video-on-demand service, is finally coming to NBCUniversal’s “Peacock” in three options -- as a free, ad-supported and ad-free TV series.

The first two seasons of the nine-season, 201-episode TV series -- which ran on the NBC Television Network from 2005-2013 -- will be available on Peacock’s basic free, ad-supported service. NBCUniversal produced the TV series.

In 2018, “The Office” was the number one-watched TV series on Netflix, amounting to 52 billion viewing minutes for the entire year.

NBC hopes the return of “The Office”, which will start on January 4, will boost momentum for Peacock.

Another big broadcast network TV series, “Friends”, returned to its producer WarnerMedia from Netflix earlier this year. Reruns of all 236 episodes appeared at the launch of HBO Max in May.