PepsiCo Pours It On For Bodegas, LGBTQ+ Elders, Panera 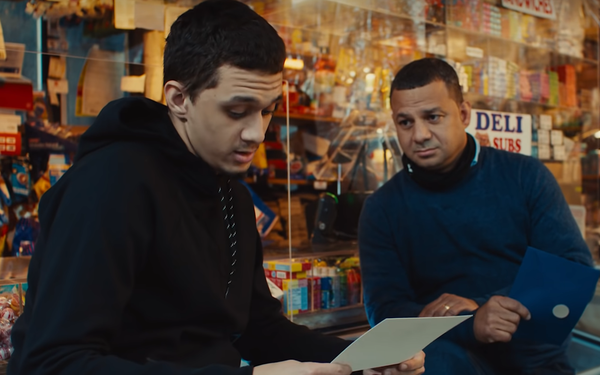 It's one of several ongoing and imminent campaigns for Pepsi heading into 2021.

The four-minute video opens with Desus and Mero explaining how “hood orbits the bodega” before visiting JJN Corp. Deli and Grocery owner Juan Valerio and his son Jefferson.

“I have a number of clients that have come for 30 years,” Juan says in Spanish accompanied by captions. “I’ve seen everything—children, parents, grandparents, grandchildren—grow up.”

At the end, Desus and Mero hand Juan a gift from Pepsi: one year’s worth of rent for his bodega.

“We’re a New York-based company. We want to give back to New Yorkers and New York, where we operate and many of us live and work,” Patel tells Marketing Daily. “These small businesses have really been hit hard with the pandemic. But even in the midst of all of that, they’ve stayed open, they’ve continued to service the community."

As reported last week by The New York Times, bodegas in New York City have become “prime targets” in a growing crime wave during the first eight months of the pandemic.

That wave includes a 63% increase in shooting incidents inside or in front of bodegas and corner stores, a 222% rise in burglaries and a 10% spike in robberies.

To encourage New Yorkers to shop at bodegas and corner stores, Pepsi “spotters” will award select shoppers prepaid gift cards of up to $100 through Dec. 20.

Other companies involved in the campaign—which includes paid media on Time Out New York and The New York Post—are the Acceleration Community of Companies and Motive.

In another New York City-focused campaign, PepsiCo’s Bubly sparkling water has launched the latest iteration of its #DragForAllFlavors campaign with a $25,000 donation to Senior Action in a Gay Environment—which supports LGBTQ+ elders.

It’s designed to address “the unique challenges the pandemic has created for the LGBTQ+ community, especially for nightlife performers and older members of the community,” PepsiCo said in a statement.

Eleven notable drag kings and queens—including Zarria Powell, Tina Burner and Dr. Wang Newton—are creating music content on Instagram. On Friday, a music video directed and shot by videographer Austin Nunes will appear on Bubly’s YouTube channel with the “drag icons” performing a rendition of Nikki Era and Mikey Pop's new “I Hope I See You This Christmas” track.

On the QSR side, Pepsi is teaming with actor and comedian Andrew Bachelor—known as King Bach—to encourage people to have pizza parties at home and possibly win a $50 gift card for Panera’s new flatbread pizza, along with a Pepsi beverage.