Report Ranks Who And What Were Most Engaging In 2020 TV 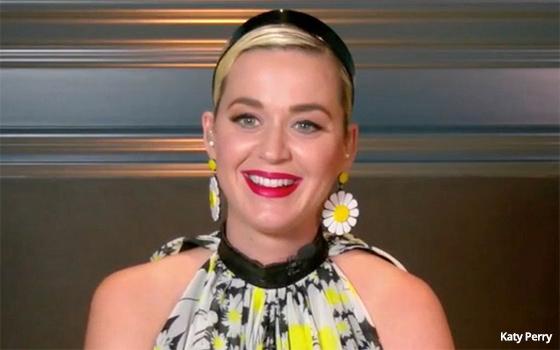 It is one thing to turn on a TV set or other device to watch a show. It is another thing entirely to be engaged with it.

That is a very general takeaway from some of the surprising findings in this year's annual “Best of Social TV 2020” report from Nielsen Social and Talkwalker, the social-listening and analytics company that acquired Nielsen Social last summer.

In the latter category, Katy Perry, a judge on “American Idol” on ABC, earns a photo at the top of this TV Blog by virtue of her No. 1 ranking among prime-time series talent.

She was top-ranked in the category of “Owned Engagement” -- defined as “social media activity generated off of the original posts sent by accounts owned or affiliated with TV programming.”

Mark Levin of the weekend Fox News show “Life, Liberty & Levin” also made the Top 10 -- ranked ninth -- while Chris Hayes was the sole MSNBC personality in the Top 10, ranked fourth.

Elsewhere in the report -- which can be accessed in full here -- the Top 10 “Primetime & Late Fringe Series” in social engagement were led by ESPN's acclaimed Michael Jordan/Chicago Bulls docuseries “The Last Dance,” which averaged 4,100,588 “Interactions per Episode” for its five episodes.

“The Last Dance” also topped the list of “Top Ad Supported Cable Series” in 2020 in terms of social engagement, followed by “WWE Monday Night RAW” (second) and “WWE NXT” (third). TNT’s “All Elite Wrestling: Dynamite" was seventh on this list.

In fact, only two scripted series made the Top 10 list of basic cable shows in social engagement -- “The Walking Dead” on AMC (ninth) and “Wynonna Earp” on Syfy (10th).

Turning to original streaming series, “The Mandalorian” on Disney+ was the “Most Talked About” in 2020 on social media with 8,286,611 “Total Organic Interactions.”

Of all the forms of television content cited in the report's various lists, two programs stand above and apart from the rest.

Perhaps not surprisingly, No. 1 was “Super Bowl LIV” on Fox last February, which tallied 43,915,396 social-media interactions, according to Talkwalker. Second was the “2020 MTV Video Music Awards” in August with 40,067,798 “total interactions.”