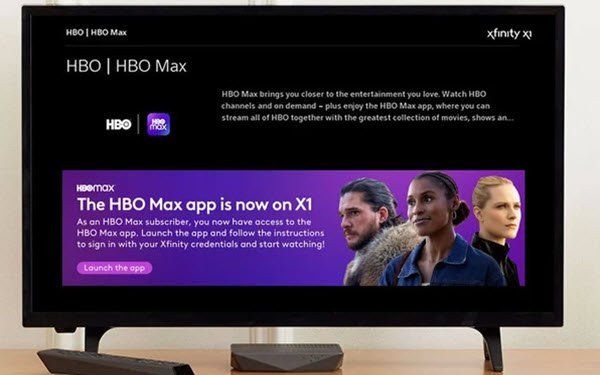 Comcast was a last-minute distribution partner in the launch, but up to now, Xfinity X1 and Flex customers had to use other platforms to stream HBO Max.

“Since launching HBO Max, our teams have worked closely to deliver an HBO Max experience that would provide more frictionless access to Xfinity X1 and Flex customers, and we’re thrilled to debut the app today,” commented Jennifer Mirgorod, head of sales and account management, WarnerMedia Distribution.

“The addition of the HBO Max app is another example of how we make it easier for customers to find their favorite live, on demand or streamed entertainment,” added Rebecca Heap, senior vice president, video and entertainment, Comcast Cable.

Those customers will now be able to use Xfinity’s voice remote to call up series and films on HBO Max. The streamer’s library of current and back content is “integrated throughout” the Xfinity and Flex experience, according to the announcement.

The SVOD’s access through the Comcast systems is happening in time for the launch of WarnerMedia’s controversial new strategy in which “Wonder Woman 1984,” debuting on Christmas, and 17 films set for 2021, will be released simultaneously on HBO Max and in theaters.

Update: Today (December 16), WarnerMedia also announced that it has finally reached a deal to get HBO Max on Roku devices, following its distribution deal for Amazon Fire devices reached in late November.