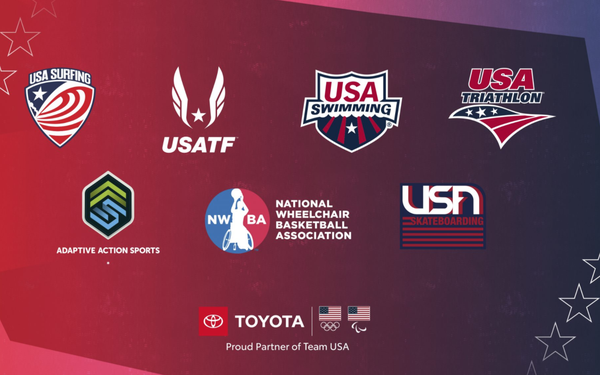 The Summer Olympics in Tokyo was one of many casualties of the ongoing worldwide COVID-19 pandemic.

But the games have been rescheduled for July, and Toyota Motor North America says it is optimistic for the future.

The Olympics sponsorship has become a key component to its brand vision, which goes beyond marketing: When a person is free to move, anything is possible, according to the automaker.

The sponsorship landscape has had to rapidly evolve over the last year and these partners have demonstrated the ability to deliver value in entirely new ways, says Dedra DeLilli, group manager, Olympic and Paralympic marketing, Toyota Motor North America.

“These extensions allow us to continue to develop plans that will garner value at the grassroots level, with dealers across the U.S., and support our brand and marketing efforts at Toyota,” DeLilli says in a release. “National Governing Body partners have diverse, avid fanbases and we look forward to connecting with them.”

These seven NGBs round out Toyota’s portfolio of 10 summer NGBs, which also includes U.S. Paralympics Track & Field, U.S. Paralympics Swimming and U.S. Paralympics Cycling. The NGBs provide a direct and authentic line of communication to consumers across generations, backgrounds and passions.

With custom content and tailored messaging, Toyota will be able to demonstrate its commitment to mobility and societal contributions through each sport, according to the automaker.

In addition to NGBs, Toyota has also recently renewed its long-standing support of Adaptive Action Sports, a nonprofit that promotes action sports events as well as camps and clinics for youth, young adults, and veterans living with permanent physical disabilities and post-traumatic stress disorder. Toyota and AAS have worked together since 2011 to help change attitudes worldwide in how individuals with “disabilities” are perceived.

In related news, Toyota announced it will sponsor the Legacy Triathlon, an event held on the proposed course for the 2028 Olympic and Paralympic Games in Los Angeles. The race, scheduled for July 18, will now be known as the Toyota Legacy Triathlon and will host the USA Paratriathlon National Championships.